Another big-name print critic has been trap-doored — Newsweek‘s David Ansen! One of the best critics in the country, certainly one of the wisest and most learned, a good fellow and a major voice on the big-time movie circuit since 1977 is being proverbially put out to pasture due to plummeting ad revenues and the general downswirling of dead-tree journalism. Ansen, 63, is one of 111 Newsweek staffers who accepted buyout deals last week. 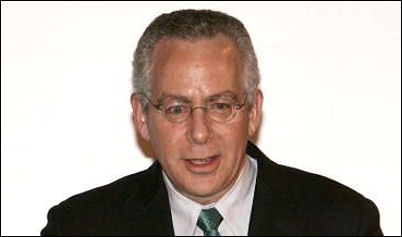 Radar broke the story two or three hours ago. Variety‘s Anne Thompson is reporting that Ansen “will continue reviewing for the magazine until year’s end, at which point he starts a year-long contract as contributing editor delivering reviews and longer features.”
“Obviously the climate at newsmagazines is not great,” Ansen told Thompson. “More cost-cutting, more trimming.” He said he’s looking forward to writing books, teaching and “not going out to screenings every night,” he said. “I want to watch DVDs of movies I might actually like and read a book or two. Face it, a lot of movies are not that interesting to write about these days.”