“What we learned last week is that the man who always puts his ‘country first’ will take the country down with him if that’s what it takes to get to the White House,” says N.Y. Times columnist Frank Rich in today’s edition. 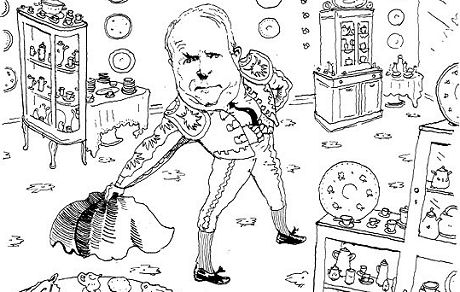 “For all the focus on Friday night’s deadlocked debate, it still can’t obscure what preceded it: When John McCain gratuitously parachuted into Washington on Thursday, he didn’t care if his grandstanding might precipitate an even deeper economic collapse. All he cared about was whether he might save his campaign. George Bush put more deliberation into invading Iraq than McCain did into his own reckless invasion of the delicate Congressional negotiations on the bailout plan.”