This isn’t a color-filtered video — it’s San Francisco an hour or two ago, straight from the shoulder. From ABC7news: “Why is the sky orange in the Bay Area? There is smoke in the air from the Bear Fire near Chico, but the marine layer is protecting us, so the sky is red, yellow or orange even where air quality is good. On Tuesday, we had the wind to blame for those smoky skies — and lack of a smoky smell. The smoke was coming in from the August Complex Fire near Mendocino National Forest, but high winds were keeping the smoke at a high altitude, instead of settling near the surface.”

People really don’t know what to do right now. Everyone on the Embarcadero is stopping to record the sky and chit chatting in a way I haven’t seen since pre-pandemic @sfchronicle pic.twitter.com/ueKQ4g7WTD 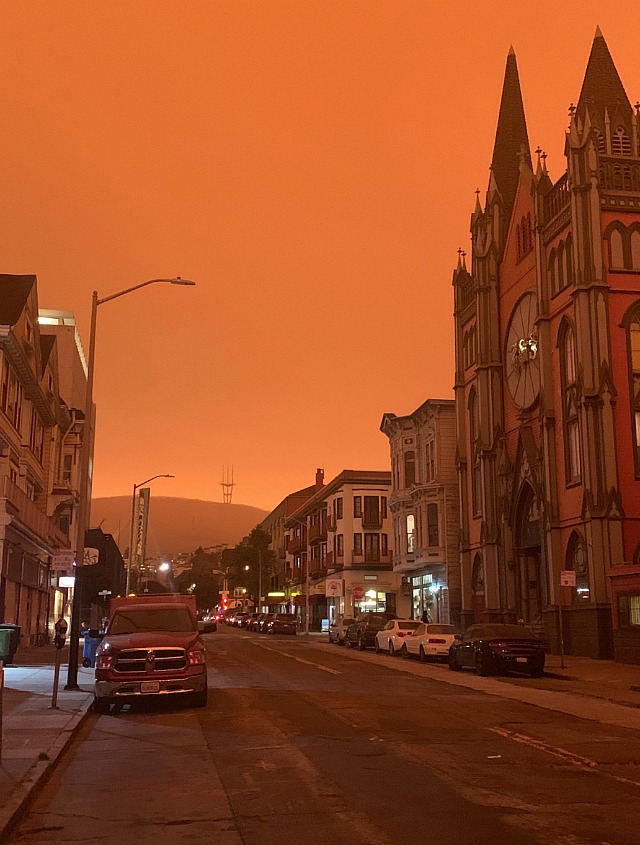