Art Is Not Christian 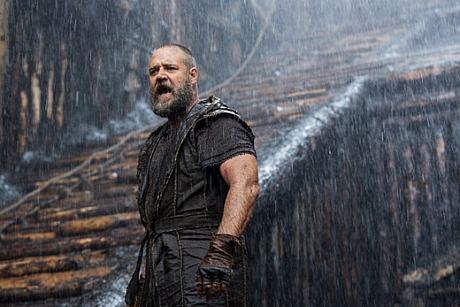 The difference is that my painter acquaintance doesn’t wonder if God beats her heart or moves her brush. She’s saying that He definitely does and oh, the joy! And with that elation and certainty art goes right out the window.

“Declaring your belief in the Bible — a collection of psalms that has led to as much spilling of blood and damning of souls as the Koran — and your allegiance to and worship for a cosmic unity and a natural infinite propellant that is absolutely above and beyond and utterly indifferent to you and me and your landlord and the guy who sold me my latest bicycle yesterday and — if He/She/It had a ‘mind’ as you or I might conventionally understand that term — hasn’t the slightest interest in any microcosmic scurrying about on the planet Earth, certainly not with any kind of watch-over attitude or moralistic rooting interest,” I wrote this morning in an extended clause that never quite became a sentence. “Trusting in and aligning yourself with the idea of some kind of moral or ethical structure existing within the grand scheme of universal creation means that you, no offense, are almost certainly a Mediocre Artist. ‘Art isn’t easy’ but it definitely isn’t Christian except in a few curious cases. (Robert Bresson was fairly devout, I believe.) Christians are okay in many respects. Polite, modest, respectful. Polite and respectful Martians, I mean, who often offer a glassy smile and have a weird, vaguely patronizing look in their eyes. They are kindly, smiling mutants who tend to vote Republican and wear colors and who believe in the commercial development of real estate. (Non-Christians tend to prefer blacks and gray and the occasional tweed whatever, and they tend to value Thoreau’s concept of nature a bit more.) I’m sorry but I really do believe in compassionate bigotry when it comes to Christians.”

“[Matthew] McConaughey’s decision to open his acceptance speech with thanks to God — as in many similar statements, usually made by victorious athletes in post-game interviews — was widely regarded as a sign of humility: a mark of virtue, in other words. I would argue that it would be far more humble to suggest that his hard work, the incredible physical transformation he underwent, and the dedicated cast and crew who supported his acting experience all directly led to his winning the award, rather than his being specially ‘blessed’ by a God who chose him for that privilege.

“And yet, to say this out loud — in a culture many believe to be hostile to religion — is often taken for rudeness. Whatever one might hear on the right about a war on religion, in this country we still care more about catering to religious sensibilities, even in liberal Hollywood, than we do about encouraging the open questioning of the claims of the faithful.” from a 3.5.14 New Yorker piece by producer Lawrence Krauss titled “Why Hollywood Thinks Atheism Is Bad For Business.”

I’m both atheistic and spiritual and I despise American Christianity, which has, since the late ’70s, largely become a flagship for rightwing Republicanism and white-bread xenophobia. (Last month the Washington Post‘s Chris Cillizza reported that “the 19 most religious states — ranked by Gallup as those who identify as ‘very religious’ — all went for former Massachusetts governor Mitt Romney in 2012.”) I write every day and night, and am more or less convinced that I am but a conduit or a spigot — that those various thoughts, musings and truths that seem to be “mine” are greater, more fundamental expressions that come from some deeper eternal place, and which move through me and go through a process of refinement and end up in this column. The difference is that my material is sometimes eccentrically judgmental (fat foodies, Hispanic party elephants, etc.) while being, you know, sui generis and all that.