I saw Joe Wright‘s Atonement for a second time yesterday, and in view of this and yesterday’s nationwide opening I thought I’d re-run most of my 9.12.07 Toronto Film Festival review with two or three modifications: 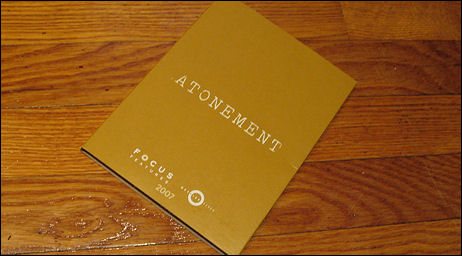 Atonement may not finally be the deepest or most resonant film of the year, but it’s still a shatteringly well-made, rich-aroma romance that will go all the way with (almost all) critics, Academy voters and public alike.

Wright has totally pole-vaulted himself past the level of Pride and Prejudice (a well-made Jane Austen-er that I was only okay with) and taken costars Keira Knightley, James McAvoy and especially Vanessa Redgrave (a likely Best Supporting Actress contender) right along with him.

You can add Focus Features and everyone else associated with Atonement (young Irish actress Saoirse Ronanas, cinematographer Seamus McGarvey, production designers Jacqueline Durran and Sarah Greenwood) as well. Everybody wins with this film, the audience first and foremost.

This is one of those bulls-eye period dramas that feels wonderfully sharp and literate and authentic with emotional tone-perfect performances, and yet the profundity of the payoff is in the way it combines cinematography, editing and sound effects (not to mention one of the most enjoyably splendid uncut Steadicam shots in cinema history — a sweeping beach of Dunkirk shot that goes on for several minutes, deserving applause in and of itself) to create a sort of maelstrom effect. 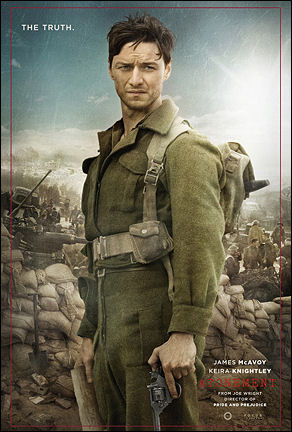 Why, then, don’t I have it ranked higher on my personal best-of-2007 list? Because I’m not sure that Atonement isn’t finally about a young director’s grand effort at trying to knock everyone’s socks off. Wright is resourceful and talented enough to make it play splendidly, but I wasn’t fully convinced that he was truly immersed in the best parts of the ’01 Ian McEwan novel the film is based on.

Boiled down, Atonement is about a British woman writer crushed by guilt over a harmful thing she did as a youth, which was caused by foolishness amplified by sexual panic. And yet the film leaves you with a sense of great regret and sadness. A struck and haunted after-effect that leaves you with something deeper and fuller than what may be suggested by a casual reading of the plotline.

Atonement taps into feelings of regret about all things, about how fleeting and hurtful and unfair life can be when the cards go the wrong way.

It feels wrong to describe Atonement as a film with three acts, although it is that, because it doesn’t feel defined by “acts” as much as the way Wright has cut it all together. It replays or refrains certain scenes and does flash-forwards and flashbacks with impugnity, and never once does it feel gimmicky for doing so. It all fits together and hums like Swiss machinery. 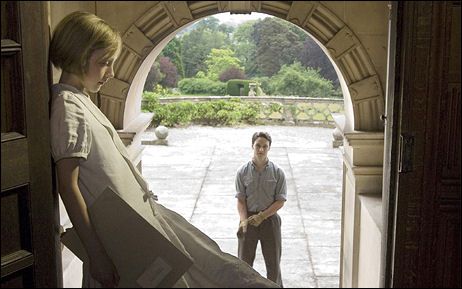 Unless I’m crazy it will almost certainly end up as one of the five Best Picture nominees. And hail to the great Vanessa Redgrave once again. She’s on-screen at the very end for maybe six or seven minutes (perhaps a touch more), and does nothing except talk to an off-screen interviewer, but she hits an absolute grand slam.