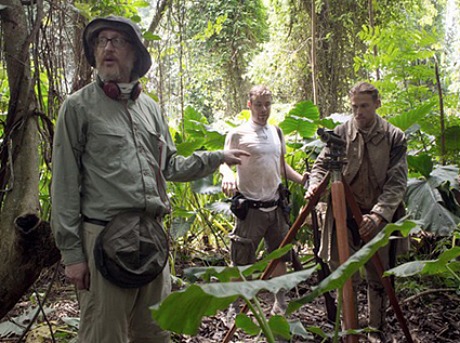 Excerpt #2: “Where I see a 1930s/40s backlot jungle movie [in The Lost City of Z], they see a lush, elegant dip into the profoundly exotic. I see Charlie Hunnam as I have usually seen him (a serviceable, professional hunk actor) out of his depth, not offering the emotional range that this character demands. They see him making a breakthrough performance of great depth. Where they see restraint and subtext in the inaction of Gray’s work, I see a puzzle that simply doesn’t interest me.”

Excerpt #3: “Many critics revel in Gray’s work [because] they are deeply moved by the withholding nature of Gray. I think they like that the emotion is (mostly) secret. I think they prefer emotional restraint on the paint-drying level to scenery chewing (or their idea of what that means). What disconnects for me in every film, it seems, is what turns them on about his work. And thus, I have to assume that this thing — genius or defect — is deeply embedded in Mr. Gray. I just don’t like that flavor.

Excerpt #4: “It’s not fun being the stick in the mud who won’t go there with a guy that so many colleagues love. I don’t take pride in raging against the work. Given the commercial insignificance of Gray’s work, hating on his work is like pulling wings off a fly. The whole thing makes one feel like a vulgarian, however irrational that is in context.”