It was revealed earlier today that Swedish-born, Canadian-raised Malin Akerman, 32, has stepped into Lindsay Lohan‘s Linda Lovelace role in Matthew Wilder‘s Inferno. Wilder revealed a few days ago he’d all but bailed on Lohan due to delays in her drug-rehab program. Pic will begin shooting in February. Muse Productions’ Chris Hanley and Jordan Gertner will produce. 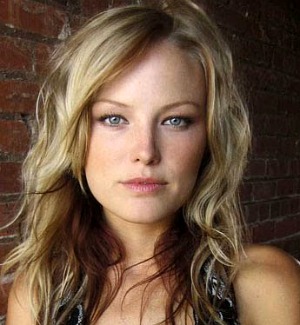 Why play a role that will be mostly about sleazy humiliation and subjugation? Because Akerman has been kicking around for a while and has played almost nothing but girlfriends. Her role as Silk Spectre in Watchmen was the exception, but she’s had no lead roles, not even in shitty films, and Lovelace, at least, is a lead with tragic pathos.

Akerman has mostly co-starred in so-so, mostly not-so-hot comedies like 27 Dresses, Couples Retreat, The Proposal and The Heartbreak Kid (a decent Ben Stiller vehicle in which she played an obsessive nutcase), and the deplorable The Romantics, but nobody’s come out of these films saying, “Wow, exceptional Akerman performance!”

Akerman was in Josh Radnor‘s happythankyoumoreplease, a Sundance Audience Award winner that I called “a thoroughly artificial, Woody Allen-with-a-lobotomy 20something sitcom.” She also has a subordinate role in The Bang Bang Club, an apartheid drama that fizzled at Toronto. I don’t know anything about Catch .44, an “indie thriller” that she recently costarred in, but she probably has another so-so role in it.

Akerman can’t just skip along like this and she and her agent know it. She has to strike oil.