As Paul Newman says to Robert Redford in The Sting, “Revenge is for suckers.” Meaning that it doesn’t really satisfy, not finally, and that to move on with your life you have to give up your hates and resentments because they’ll only pull you down in the end. But how do put aside your rage when the people you’re looking to settle a score with have not only murdered your mother (or so you’ve been led to thnik) but hundreds of thousands of innocent people? 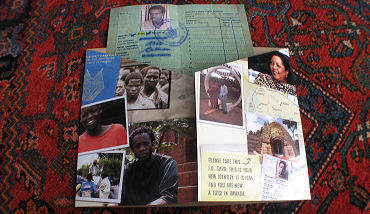 We’re talking about a young Rwandan guy named J.B. Rutagarama, the director of a jarring but gentle autobiographical documentary called Back Home, and, of course, the Rwandan massacre of 1994.
This is the fourth or fifth film I’ve seen about the Rwandan genocide, and the most humane and compassionate by far. Because it’s the most intimate and particular; the one most concerned with heart and family issues. And how one guy learned to grapple with the unimaginable and finally let it go. Terry George‘s Hotel Rwanda and Michael Caton Jones‘ Shooting Dogs were strong dramas that told Rwandan massacre stories, but Back Home is the real, particular, deep-down thing — a first-hand story of a nice guy with a very big heart.
The Rwandan massacre was about the brutal killings of roughly 800,000 (possibly closer to a million) ethnic Tutsis and moderate Hutus in Rwanda, which were largely carried out by two extremist Hutu militia groups for a period of about 100 days, from early April through mid-July of that year. 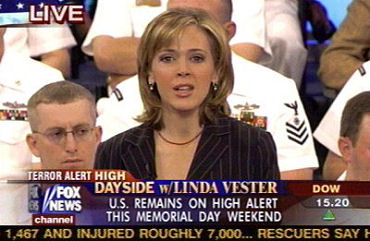 The hate that fed that massacre was created in a seminal way by Belgian colonists who decided decades back to give the better-paying, professional-level jobs to the Tutsi tribesmen and to basically give the economic shaft to the under-class, working-class Hutus. Mass slaughters always seem to be about economic and class resentment — a certain group believed to have enjoyed an unfair advantage over another, either through designation or exploitation. The mid ’70s genocide in Cambodia and the Nazi holocaust against European Jews were driven by such feelings.
Back Home, directed by Rutagarama and produced by former hard-news reporter and former Fox network talk-show host Linda Vester, is about the amazing and intense arc of Rutagrama’s life over the last twelve years — a story that began in horror and involved incredible luck and amazing changes.
The 17 year-old Rutagarama was nearly killed by machete-wielding Hutus in the midst of the genocide. He and his brother managed to escape…just. On the other side of the border, J.B. was lucky or determined enough to strike up a conversation with Vester and a British-based NBC producer (her name escapes me — the press notes didn’t provide it) who were covering the tragedy, which led to a job as their translator. Rutugarama later moved to England and was effectively adopted by these two and given college schooling. He was gradually networked into a job as a camera operator at a Manhattan-based TV show. 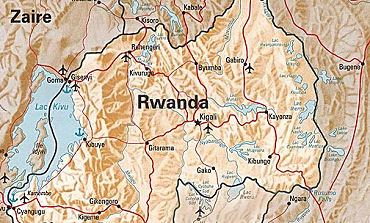 He finally decided in the wake of the 9/11 disaster to return to Rwanda and directly deal with his grief and his demons . He needed to learn the fate of his mother and brother, and to find some way to resolve or grow past the horror of what had happened. The particulars are quite moving, but I won’t relay them. Consider instead what J.B. has written:
“I should be dead by now, or at least very bitter. By luck I am not dead; by choice I am not bitter. Dozens and dozens of my relatives were slaughtered in Rwanda’s genocide. . At first, I tried to forget everything that happened. Then I was consumed by rage. Then sorrow. Now I simply want to be at peace.
“s much of the world today is gripped by war, I am standing up to say that despite all that was done to me, I refuse to be part of the cycle of violence. I do not want revenge. Reconciliation in a war zone is not easy. It is awkward, imperfect and slow. But it is possible. We need only to find the courage to try.”
In a sense, J.B.’s story is that of Charlton Heston‘s in Ben Hur (‘1959). William Wyler‘s Oscar-winning film is about an innocent man who is horribly wronged by a vicious enemy and nearly put to death, while his family — his mother and sister — are presumed to be dead, and all of this caused by a man he once considered to be a good friend, but who fell under the grip of evil.

Lew Wallace’s original “Ben-Hur” novel was subtitled”A Tale of the Christ” because Ben-Hur finally finds a way to forgive and move on with his life due to the influence of Jesus of Nazareth. But of course, Ben-Hur is not a Tale of the Christ, not really …and we all know it would be deeply unsatisfying as a drama if it weren’t for the big chariot race, which shows us Ben-Hur defeating his enemy Messala (Stephen Boyd), who is trampled by horses and left a bloody pulp and soon after dies.
I was touched by Back Home and I admired its heart and wisdom — a person who can’t move beyond past evils and dreams of vengeance is truly living in a prison — but it has no chariot race and no bloody Messala figure writhing in agony before he dies. And that, in the end, for me, makes it unsatisfying. There’s something in our genes that demands justice, and yet the film doesn’t tell us about the punish- ment that was meted out to the leaders of the Hutu massacre and many of their lieutenants. (A lot of them are serving life terms.)
Instead, it just stays with J.B. and recalls his life in chapters and stays with him as he discovers that his mom is alive after all, and mainly listens to his heart. That’s fine — beautiful, really — but my inner Dirty Harry felt serious frustration all through it. We all need to get with the groove and find peace, but I’m also a believer in “as you shed blood, so shall your blood be shed.” 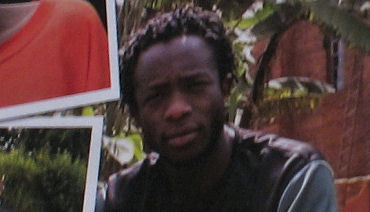