Few things make me more irate than driving-and-talking scenes in which the driver primarily looks at the person riding shotgun (usually a woman) and only glances at the road sporadically. Five or six seconds of eye-contact for every one or two seconds of road-watching. That’s exactly the opposite of what real driving is like, even in the case of reckless drunks. I never, ever look at a passenger except when we’re at a stop light or stalled in traffic. 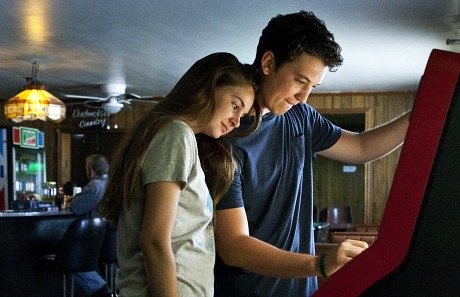 And yet directors are constantly telling actors during driving scenes that they can eyeball the passenger all they want. I flinch and seethe when this happens. I twitch. “Asshole!Watch the road!”

I mentioned this to Ponsoldt yesterday when I ran into him at the Prospector, and he laughed in his usual charming way and said I need to ask Teller about this. Ask Teller?