I once wrote that I have a problem with the name “Danny.” I don’t like characters named Danny. I don’t like people named Danny (although I’ve gotten past this with Danny Boyle, an altogether brilliant and vibrant fellow). And I don’t like the Irish ballad “Danny Boy.” But the discomfort really boils down to any name that has “eee” sound at the end. I don’t like Billy or Frenchy or Sparky or Binky or Buddy — they’re all dopey-sounding 1940s and ’50s-era Italian-American street names. 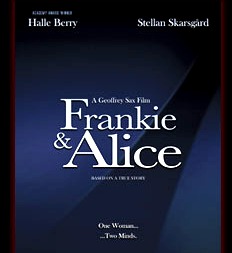 But the worst offender of all is Frankie. Frankie is the ultimate sentimental-machismo slinky nickname from the days of James Dean and post-comeback Frank Sinatra (who can never be called Frankie) and Elvis Presley and Pat Boone. It’s a generic goombah name for all those nice oily neighborhood guys who played pool and ran crap games and dressed up slick on Saturday nights with a carnation in their lapel. It’s a name that belongs on the street of Little Italy and the Bronx and the dicey areas of old Brooklyn (i.e., pre 1990s) and Hoboken and Newark. And I’ve always hated the sound of it.

I can remember getting angry at a childhood friend when he referred to the Frankenstein monster as “Frankie.” I never liked the sound of Frankie Laine. I don’t even want to think about Frankie Avalon. I grimaced when I heard that Martin Scorsese wanted to film The Winter of Frankie Machine. And this is part of the reason I never liked Frankie and Johnny, the 1991 Al Pacino-Michelle Pfeiffer movie that was based on Terrence McNally‘s Frankie and Johnny in the Clair de Lune.

And so I’m naturally feeling a bit guarded about about Geoffrey Sax‘s Frankie and Alice, an indie-type “”70s-set psychological drama” that stars Halle Berry as a woman with multiple-personality disorder. I’ve come to believe that any film or play or TV series or comic book that uses the name “Frankie” for any purpose is all but jinxed. This sounds like one of my neurotic nonsensicals, I realize. But we all know about certain jinxed locations where restaurants always fail, and all I’m talking about is a jinxed name. You use it, you die.

It was announced yesterday that Freestyle Releasing will give Frankie and Alice a New York and Los Angeles award-qualifying run on 12.17.

Freestyle is kind of a vanity distributor that offers “service deals” to hard-up producers of films struggling for cred and recognition. The Frankie and Alice Wiki page says that filming began in Vancouver, Canada in November 2008 and ended in January 2009. Berry plays both Frankie and Alice. Stellan Skarsgard plays a character named “Dr. Oz.”

Also from the Wiki page: “Following a screening at the 2010 Cannes Film Festival, the Hollywood Reporter reportedly described the film as “a well-wrought psychological drama that delves into the dark side of one woman’s psyche”. The review also said Berry was ‘spellbinding’ as Frankie, with ‘rock-solid’ supporting performances.”