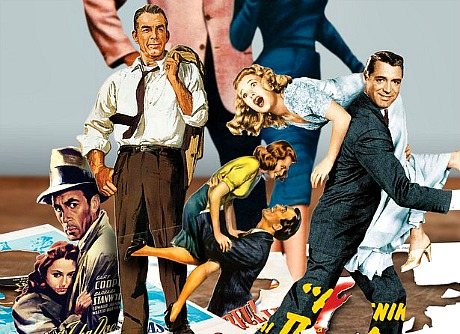 “Women commonly complain about the difficulty in gaining any conversational purchase when, say, trying to engage the fathers of their children’s classmates or the husbands of their tennis partners. The woman will grab from her bag of conversational gambits — she’ll allude to some quotidian absurdity or try to form a mock alliance in defiance of some teacher’s or soccer coach’s irksome requirement. But the man doesn’t enter into the give-and-take. The next time they meet, it’s as though they’ve never talked before; the man invariably fails to pick up the ball, and any reference the woman might make to a prior remark or observation falls to the ground.

“Men don’t indulge in the easy shared confidences and nonsexual flirtations that lubricate social exchange among women. Even in the most casual conversation, men are too often self-absorbed or mono-focused or—more commonly—guarded, distracted, and disengaged to an almost Aspergerian degree. (James Garner’s futile efforts to engage the unengageable — be they flinty triggermen from Detroit or by-the-book feds — is a running gag in The Rockford Files.) Men consistently fail to meet the sort of obvious standards set by guides to etiquette and to the art of conversation common 50 years ago.”