Some might know of a 1984 Steve Martin movie called The Lonely Guy. It was inspired by a nifty, morose little book by Bruce Jay Friedman called The Lonely Guy’s Guide to Life (1978). All those forlorn Hollywood Elsewhere guys out there need to be at least familiar with this thing. Because this book is the Holy Grail of that three-in-the-morning LexG thing. 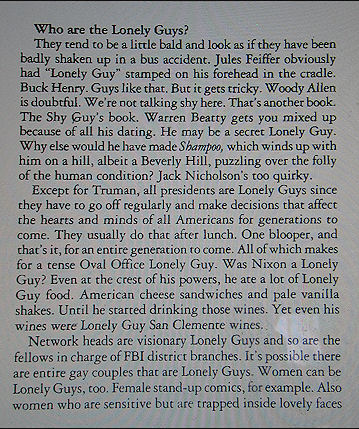 In her review of Martin’s film, N.Y. Times critic Janet Maslin wrote that Friedman’s book “didn’t have any plot to speak of [and] the film version doesn’t either, though not for lack of trying. The Lonely Guy can certainly be funny; the idea of a New York in which bachelors bellow from the rooftops for their lost girlfriends or drop like flies off the Manhattan Bridge, has its bleak appeal. Unfortunately, the screenplay, which is by Ed Weinberger and Stan Daniels from an adaptation by Neil Simon, doesn’t even begin to sustain this droll humor. It tries a little bit of everything, and winds up with an air of messy desperation.” 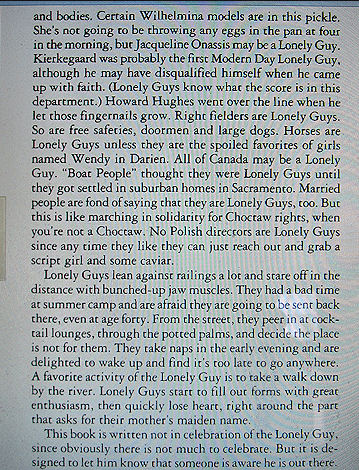