In his N.Y. Times profile of Margot at the Wedding director-writer Noah Baumbach, Dennis Lim notes that Baumbach has always “specialized in characters whose verbal acuity outstrips their emotional maturity. In Margot at the Wedding, family members use information as a weapon, disguise cruel judgment as insightful concern and extend or withhold intimacy as part of a power game. 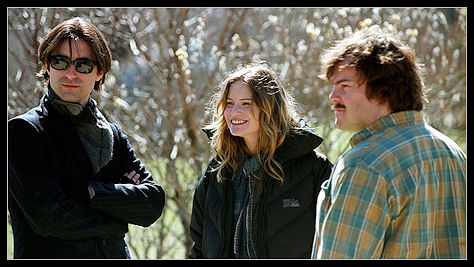 “It’s a family where if you show your belly, people are going to pounce,” Baumbach tells Lim. And, Lim says, no one pounces as often or as recklessly as Nicole Kidman‘s Margot, a seething bundle of anger and self-loathing who swings unpredictably between aggressive and passive-aggressive attacks.

“Margot is me at my worst, probably,” Baumbach says. “I try not to analyze the characters when I’m writing, but I’m very analytical in my life.”

But perhaps too analytical as a dramatist. At least as far as a clan of serious Deliverance-style creeps living next to Margot’s family of malcontents (Kidman, Jennifer Jason Leigh, Jack Black, et. al.) is concerned.

Make no mistake — Baumbach has created a family of foul people who treat their kids harshly, slaughter pigs in their front yard, dump garbage on their neighbors’ lawn and demand that a beautiful tree near their property be cut down. Worst of all, they have a teenage son (maybe 14 years old) who attacks Kidman’s young son and by all appearances is a malicious hillbilly monster. There’s no way to avoid despising these people and not wanting the good guys to stick it to them in some way, and yet Baumbach never writes a confrontation or payback scene of any kind. He presents us with malignant fiends and yet he lets them skate. This is deeply unsatisfying. 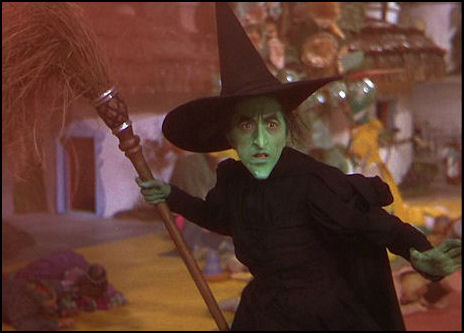 Imagine The Wizard of Oz in which Margaret Hamilton‘s Wicked Witch of the West (i.e., Miss Gulch) isn’t melted to death when Dorothy douses her with water. And yet this is what Baumbach gives us in Margot at the Wedding.