The Daily Mail‘s Chris Spargo and the Associated Press are reporting that the brilliant, profoundly gifted film-score composer James Horner (Titanic, Field of Dreams, Avatar, A Beautiful Mind, Apollo 13, Glory, The Rocketeer, The New World, Braveheart) apparently died this morning when his private plane crashed into the Los Padres forest in Ventura County. Update: Variety is reporting that Horner’s death is confirmed. 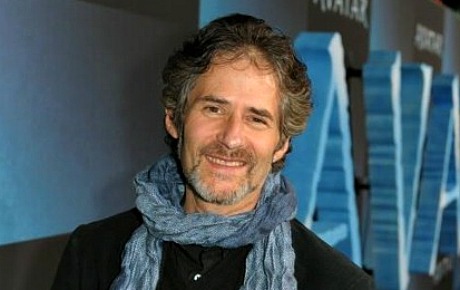 Composer James Horner, killed in a small-plane crash that happened around 9:30 am this morning.

“A single-engine plane registered to Oscar-winning composer James Horner has crashed in Southern California,” the story says, “and while the identity of the [pilot] who died has not been released it is believed to be the famed musician.

“Jay Cooper, an attorney for Horner, said the plane was one of several owned by the 61-year-old composer. He said no one has heard from Horner and that ‘if he wasn’t in it, he would have called.'”

I felt I’d come to know Horner pretty well through his music over the years. Emotionally, I mean. The river within. His score for Phil Alden Robinson‘s Field of Dreams (’88) was the first Horner that really got me. I wrote last year that I think Horner’s score for Ron Howard‘s A Beautiful Mind was a significant reason why that film won the Best Picture Oscar. His scores for James Cameron‘s Avatar, Titanic and Aliens are legendary. The man was a maestro, a genius, a musical seer, one of the all-time greats.

“The Federal Aviation Administration said the plane was an S-312 Tucano MK1 turbo-prop with two seats. Crews extinguished a fire that erupted in vegetation surrounding the remote crash site, about 100 miles northwest of Los Angeles. Horner’s representatives have not commented on the issue, apart from stating that a tail number was all that was found at the site thus far.”

Posted on 3.21.14: “I’ve always believed that James Horner‘s score for Ron Howard‘s A Beautiful Mind is one of the main reasons Academy members liked the film so much. The music is lulling and layered and curiously emotional at times.

“The track that did it, the one that played when the film won Best Picture, Best Director (Ron Howard), Best Adapted Screenplay (Akiva Goldsman) and Best Supporting Actress (Jennifer Connelly) at the 2002 Oscars, is ‘A Kaleidoscope of Mathematics.’ Horner’s score didn’t win an Oscar or a Golden Globe, although it was nominated for both. The other thing that led to the wins is the pen scene.”