I’m told that Kate Winslet isn’t the only one who delivers a grand-slam, award-worthy performance in Woody Allen‘s Wonder Wheel (Amazon, 12.1). Unexpected as it may sound, Jim Belushi scores strongly and sympathetically as Winslet’s schlubby-nice-guy husband who grapples with some kind of Chekhovian anguish when her waitress character, Ginny, takes up with Justin Timberlake‘s Mickey, a Brooklyn lifeguard. 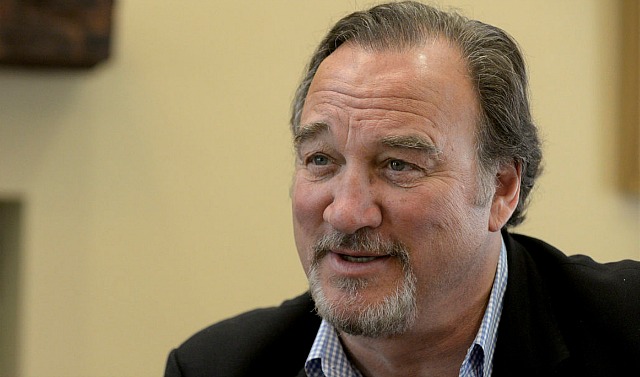 Has Jim Belushi scored with an Oscar-calibre supporting performance in Woody Allen’s Wonder Wheel? As Marcus Licinius Crassus said in Spartacus, “Time will solve that mystery.”

A tipster believes that Belushi’s turn will probably generate Best Supporting Actor talk after Wonder Wheel debuts at the New York Film Festival on 10.14. Which, of course, would constitute a huge career rebound for Belushi, who’s been steadily working since his ’80s and early ’90s heyday (Red Heat, Salvador, K-9, Thief, Curly Sue) but in an under-the-radar, off-the-grid fashion. Or at least the grid that I pay attention to.

If the talk turns out to be valid, Belushi will have a perfect Oscar-season narrative along with a much-admired performance — riding high in the ’80s, loses the big-screen mojo, quietly plugs away for the last 25 years, does pretty well on TV (including his According to Jim series from ’01 to ’09, as a co-lead in The Defenders, a comedy series with Dan Aykroyd in 2010 and ’11 + a recent four-episode role in Twin Peaks) and is now suddenly back in the big game as a possible Oscar contender at age 63.

How did Belushi happen to land the role? Why him and not any number of higher-profile character actors who were probably considered? Last summer Woody was quoted saying that he cast Belushi because he was “absolutely perfect for it.” 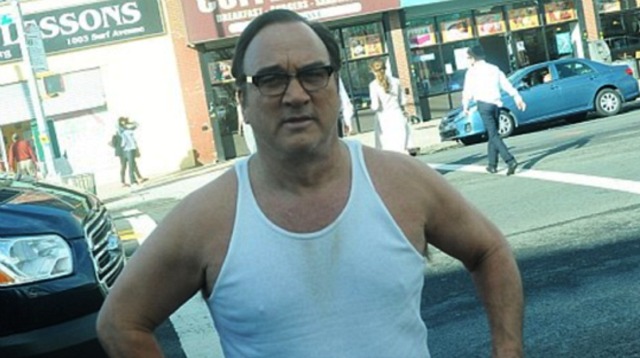 Belushi as he appears in Wonder Wheel, as Kate Winslet’s cuckolded husband.