The column wasn’t very active today either, largely because the Bend Film Festival jury — myself and five other guys — sat down and mulled over which films will win the cash (including a $10,000 Best of Show” award) and non-cash prizes for a little more than four hours. We started around 11:15 this morning and finished at 3:20 pm. There were some differences of opinion but very little debating; everyone was more or less on the same page. The winners will be announced on Saturday night. 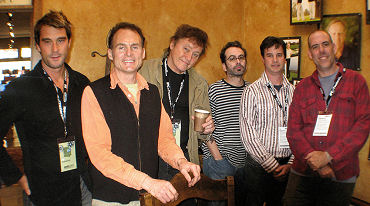