11 months ago I received an e-mail from a disgruntled agent about the alleged shortcomings of Paramount Pictures president Gail Berman. I spoke to this person on the phone about the whole deal for about a half hour, and then I threw it all together in a story called “Scent of Toast.” It wasn’t the whole story obviously, but reading it again provides at least some perspective on why Berman has been whacked, as reported today by L.A. Times reporters Claudia Eller and Meg James. 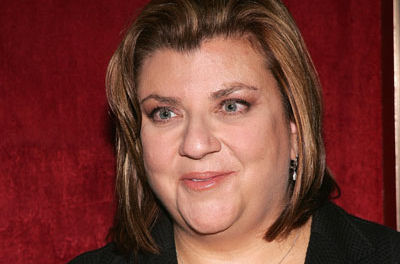 “Less than two years after she was hired to help turn around Paramount Pictures, Berman and the studio are expected to sever ties this week, according to four people familiar with the situation,” their story begins.
“Late Tuesday, Berman and Paramount chairman Brad Grey had not formally discussed the terms of her departure. Berman has more than two years left on her contract. Paramount declined to comment. Berman did not return calls. Executives with knowledge of the plan asked not to be named because the matter was not yet public.
“It was unclear Tuesday how Berman’s role would be filled. Two top Paramount executives — Rob Moore and Brad Weston — could figure prominently in a management restructuring, studio insiders said.
“Berman’s exit comes as no surprise. Almost from the moment Grey handpicked the veteran TV executive in March 2005 to become his creative lieutenant, Berman, 49, has been dogged by rumors of her demise. Some agents, producers and colleagues were put off by Berman’s matter-of-fact and sometimes abrasive style and her lack of movie experience.
“It hasn’t been a happy marriage for Berman either. She felt Grey never gave her the kind of authority she needed to be effective in her job, said people close to Berman. The studio’s acquisition last year of DreamWorks SKG’s live action studio further undercut Berman’s power by reducing the number of movies she was responsible for overseeing.”