Mark Harris‘ Pictures at a Revolution: Five Movies and the Birth of the New Hollywood (Penguin, on sale now) is about how a fresher, nervier, less formal kind of filmmaking found its stride in 1967 when The Graduate and Bonnie and Clyde — stories about misfits saying no to the man in their own peculiar madcap way, and unmistakable metaphors about the social rumblings of the time — were nominated for the Best Picture Oscar. 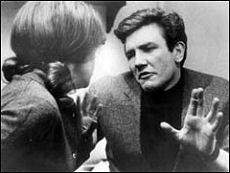 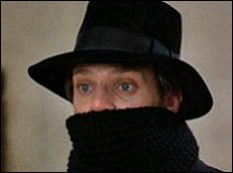 The other three nominees were the more traditional-minded Guess Who’s Coming to Dinner, In The Heat of the Night and Dr. Doolittle, and it wasn’t too surprising when In The Heat of The Night finally won, given the industry’s tendency to ratify middlebrow. But the official respect paid to The Graduate and Bonne and Clyde was historic. It meant that the square, hold-your-horses mindsets of old-school Hollywood were being pushed aside by the industry’s younger players, many of whom were in their late 20s, 30s and early 40s. Hence Harris’s use of the word “revolution.”
But the following year everything kind of rolled back. The Best Picture nominees of 1968 all felt traditional, soft or somehow confined — the heavy-handed Oliver!, the passionate but stodgy Funny Girl, the sharply written and wonderfully acted but talky-theatrical The Lion In Winter, Paul Newman‘s indie-flavored character portrait Rachel, Rachel, and Franco Zeffirelli‘s Romeo and Juliet. These were not the best films of the year — they were films that seemed to most comfortably fit some kind of lazy Best Picture “definition” that probably calmed on some level. Traumatic political events had rocked the country that year, and a lot of people wanted to settle down and chill.
By today’s reckonings, a list of the best films of 1968 would have to include Stanley Kubrick‘s 2001: A Space Odyssey, Peter Yates‘ Bullitt, Sergio Leone‘s Once Upon a Time in the West, Roman Polanski‘s Rosemary’s Baby, Francois Truffaut‘s Stolen Kisses, Richard Lester’s Petulia, Lindsay Anderson‘s If…, Ingmar Bergman‘s Shame, Claude Chabrol‘s Les Biches, John Cassavetes‘ Faces, Claude Berri’s The Two of Us, Trufffaut’s The Bride Wore Black, Luis Bunuel‘s Belle du Jour, Milos Forman‘s The Fireman’s Ball, Don Siegel‘s Madigan and Coogan’s Bluff, George Romero‘s Night of the Living Dead, Jean Luc Godard‘s La Chinoise, George Dunning‘s Yellow Submarine and Albert Finney‘s Charlie Bubbles.
What am I missing? Don’t say The Thomas Crown Affair because it hasn’t aged well.
If I’d been the emperor of Hollywood the five Best Picture nominees of 1968 would have been 2001: A Space Odyssey, Rosemary’s Baby, If…, The Lion in Winter and Petulia. But the Kubrick would have won.