Yesterday I wrote about my plans to visit Monument Valley late next week (i.e., Thursday & Friday with a fly-home on Saturday afternoon). A journalist friend who’s been there more than once wrote last night with this stirring recollection and recommendation. 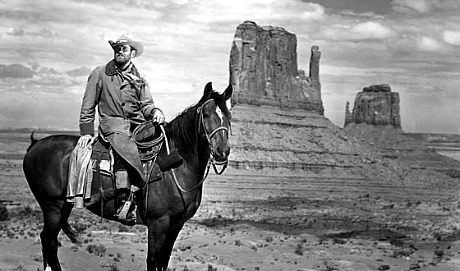 “Well, it’s about time. Monument Valley is one of the wonders of the world. Drive around to different parts of it. Go out in the middle of the place toward dusk, look at the stars beginning to reveal themselves and just be quiet, listen to the wind or whatever there is to hear, knowing it’s the way it looked and sounded a million years ago. Nowhere I’ve been on all the continents of the world seems so timeless to me or makes you feel like such a transient thing compared to it. Big mountains can boast that, but this is a place you’re in, not staring up at.

“I’ve been there seven or eight times, beginning in the ’70s when I did a cover story for American Film on the Gouldings, who were still around then, documenting how they went into the Valley in the ’20s, ran a trading post, how Harry went to Hollywood in the late ’30s when the Navajos and Hopis were in such dire shape that Harry hoped he could lure a production out there to bring in a few bucks. He sat in Walter Wanger‘s office for two or three days until he finally got a meeting, resulting in Stagecoach, which wasn’t the first film shot there but was the big one that was needed. John Ford and Co. had just started shooting Cheyenne Autumn there in November ’63 when they heard about JFK.

“I haven’t been in a few years and I hear some of the commercial stuff the local tribes have done is pretty tacky, but go get your picture taken at John Ford Point and, on the other side of the highway, you can drive around on your own. Behind Gouldings tucked in amongst some bluffs is a weird trailer park/medical center (run by a religious group, the Mennonites, I think), that’s so incongruous that it makes for some good photos. If things are still running to form, 80% of the visitors will be from foreign countries; Americans are utterly ignorant of it and where it is. Back in the ’70s the majority were Italians and French, then the Japanese in the ’80s, last time I was there it was at least 50% Russians. I’d be curious to know what it’s like now. 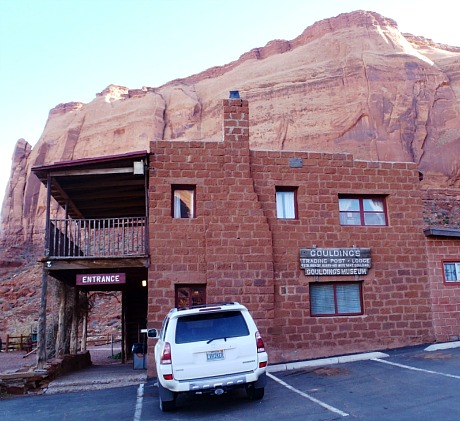 “It seems you’re booked to go through Las Vegas, but the best way to get there is to take the overnight train from LA to Flagstaff, getting in around 6 or 7 a.m., then renting a car and driving up.

“When you’re done, definitely drive north of the Valley and make a left toward the Goosenecks (it’s on maps); it’s an astonishing natural formation where the Colorado River twists around like goosenecks or a snake several times. You look down on it from several hundred feet above, very worth it. Not a bad idea to then go up a little further to Mexican Hat, the first town north of the valley, about 25 miles. Unless they’ve removed them, there are some great photos in the Gouldings gift shop of Harry and his wife and Ford & Co. at work. The food sucks. Navajo fried bread, forget it. It’s a good place to be dry, no booze on reservations.

“One of the freakiest experiences I ever had was driving up out of the valley with my father, who was a military pilot, and being buzzed (at no more than about 750 feet) by a B-52 shooting right over the buttes. Heart-stopping. Go and contemplate our tiny place in the universe and breath it in.”

July 28, 2012by Jeffrey Wells2 Comments
« Previous post
Rolo Tomassi
Next post »
Save This Movie From Its Own People