Last night’s viewing of Peter Jackson‘s The Lovely Bones was a fresh experience, as I’ve never read Alice Sebold‘s book, and a guarded one given the conflicted (i.e., leaning negative) advance word plus my own resistance to Jackson’s tendency to over-saturate and over-flourish his films with visual imagery that always seems to say “look at what I’m doing!” But I have to say that I wasn’t all that unhappy with The Lovely Bones, and that it even got me at times. 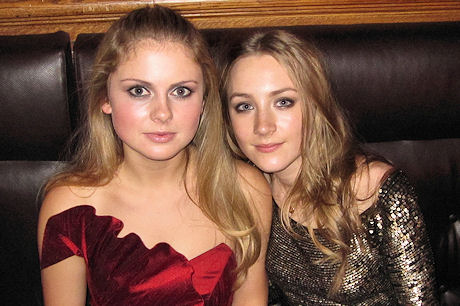 Was I jumping up and down after it ended? No, but I wasn’t feeling too badly about it either. As Jackson films go it’s a fairly decent sit, at least for the novelty of it. I felt at the very least diverted by much of it, and it has some passages that are very affecting (especially the way it conveys the poignancy of Saoirse Ronan‘s Susie Salmon being simultaneously involved with and forever cut off from the lives of her mortal family and friends) and even brilliant at times. I was reasonably impressed for the most part, which is a significant admission for a longtime Jackson disser like myself.

The Lovely Bones is not restrained — far from it. It would have been better, I feel, if Jackson had dialed himself and the film back about 20% or 30%. Art isn’t easy, but the final canvas always seems grabbier if you’ve stepped back at the last minute and not gone whole-blitzkreig. And yet Bones does enforce a certain discipline at times. (“At times,” I say.) It seems in fact like the most intimate and exacting and emotionally expressive Jackson film since Heavenly Creatures, even with the full-spigot digital effects that overwhelm the delicacy and etherealness of the story and themes.

Jackson will always be Jackson, but this time the visual flamboyance makes sense as it conjures Susie’s afterlife experience after being murdered by a neighborhood creep. The otherwordly compositions tie in with certain bits and real-time echoes and memory fragments from the real world so at least there are underlying connections that lend a certain cohesiveness.

And Ronan’s performance is vivid and bold and open-hearted — she’s really quite the natural presence, and not incidentally a natural and well-chosen component in a world of Jackson’s feverish composing. And it all sort of comes together in a way that feels fairly novel and provocative — it’s like nothing I’ve seen in a long while, and a good deal more transporting than What Dreams May Come, for what that’s worth. It’s also very Jacksony in 40 or 50 different ways, of course. But that’s okay. It’s not a hate film — it’s “hmm, yeah, not bad” thing. 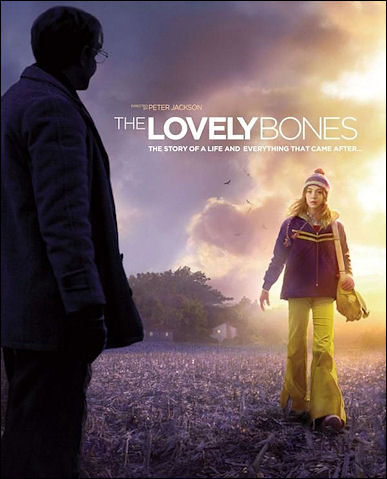 I loved that Jackson chose not to show Ronan’s murder — I really, really didn’t want to go there, even glancingly — and particularly his decision to show her escaping from her own death, running away from something that has happened but is so horrible that she instantly imagines or wills herself into a fantasy-escape mode. I got that right away and quite liked Jackson’s way of showing this sudden transformation.

Stanley Tucci‘s fungusy life form is interesting in a kind of nerdy and peculiar way that feels mostly right. It’s a contained performance that he doesn’t have a big “this is why I am who I am” moment — thank the Lord. The underserved are the adult actors and performances — Rachel Weisz‘s mom, Mark Wahlberg‘s dad, Susan Sarandon‘s alcoholic chain-smoking grandmother, Michael Imperioli’s investigating detective. I don’t know why Jackson bailed on Seebold’s subplot in which Weisz would have had an affair with Imperioli, but I guess there wasn’t time. Rose McIver stands out as Susie’s willful younger sister. I know I didn’t have the slightest problem with Wahlberg’s ’70s hair wig. The period flavorings (’70s cars, haircuts, home furnishings, wardrobes) are completely authentic.

There’s a moment near the end when a certain party doesn’t reveal that she’s gotten hold of an incriminating piece of evidence, and I must say this quickly drove me insane. “Why is she hesitating?” I screamed to myself. Very irritating, a serious misstep.

Will I find myself doing a down-the-road turnaround like I did with King Kong ? I doubt it. The Lovely Bones doesn’t feel overly long, although my ass was telling me it should have been more like 115 or 120 minutes rather than 136 minutes. I know I’d like to see it again, and that in itself is another significant admission. 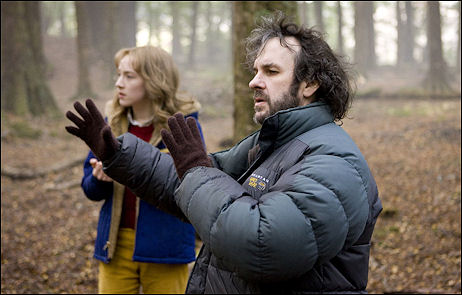 It is an unusual film, and obviously a disturbing one with all kinds of different tone shifts and movements and burrowings and whatnot. I went in presuming there would be a show-offy quality to the after-life compositions, and it is a bit overbaked and over-cranked, but I was able to roll with it. I know what it is to be moaning and coughing and slapping my leg through a Peter Jackson film, and I didn’t do this last night.

It may be that The Lovely Bones will slip into the Best Picture running after all, especially given the general view that Invictus is a shortfaller.