Belston graciously allowed me to see a portion of the new Oklahoma! on the Fox lot late Wednesday afternoon. I hadn’t seen a 30-frame version since 1984, which is when a restored print, assembled by the late Tom Bodley of Crest Labs, was last shown in Hollywood on a big screen. Let me tell you, this new version pops like a sonuvabitch! The color is probably a little more saturated or glowing than what was actually before the cameras during filming, but the exquisite compositional sense — tone, balance, framing, clarity — is a knockout.

This is the most eye-filling, moving-windowpane portrait anyone will ever see of biological life on a Hollywood location-and-soundstage shoot during late 1954 and early ’55 (or whenever the hell Oklahoma! was shot).

I was particularly comforted by the very faint evidence of grain (which always warms my heart, partly because of my own aesthetic preferences and partly because of the discomfort this will bring to the grain monks) and by the famous opening cornfield-tracking shot, which looks just as miraculous as I had recalled.

The only regret is that Zinneman doesn’t move his Todd-AO camera enough. Mostly it just sits there with an occasional leisurely track-in or track-out, and that means you can’t enjoy the wonderful lack of motion blur. Not as much as you’d like to, I mean. There is, however, a forward-moving mount shot underneath the “surrey with the fringe on top” that’s just perfect.

All of the Oklahoma! exteriors were filmed in Arizona, one result being that you can see jutting mountain ranges in the distance that don’t exist in Oklahoma. Minor detail, right? 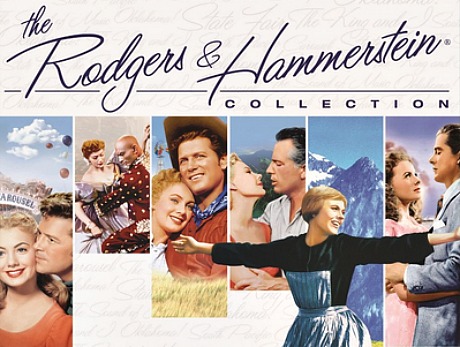 It’s a shame the industry still hasn’t bought into higher-frame-rate photography. Everyone except myself and maybe 200 others seemed to reject the 48-frame photography used on Peter Jackson‘s initial Hobbit movie. But it’s hard to imagine the reaction being the same if and when someone was to shoot with 30-frame photography, as this format doesn’t seem as video-like as 48-frame. It just delivers cleaner, more vivid 24-frame-like photography minus the blur.

Oklahoma‘s six-track soundtrack (five speakers behind the screen, and one for atmospheric effects) is magnificent, and I’m guessing it’ll sound even better when the film has its big TCM Classic Film Festival premiere on Thursday, April 10th at the TCL Chinese.

A Bluray of Belston’s Oklahoma! will street in late April as part of Fox Home Video Rogers & Hammerstein package that will also include Carousel, The King and I, The Sound of Music, South Pacific (roadshow and general release versions) and State Fair.

The Carousel and The King and I Blurays are derived from the original CinemaScope 55mm negatives (i.e., the original large-format photographic process that was then printed down to 35mm anamorphic for theatrical release). This will of course mean a significantly improved image over the extant DVD versions of these films, which were derived from 35mm elements. 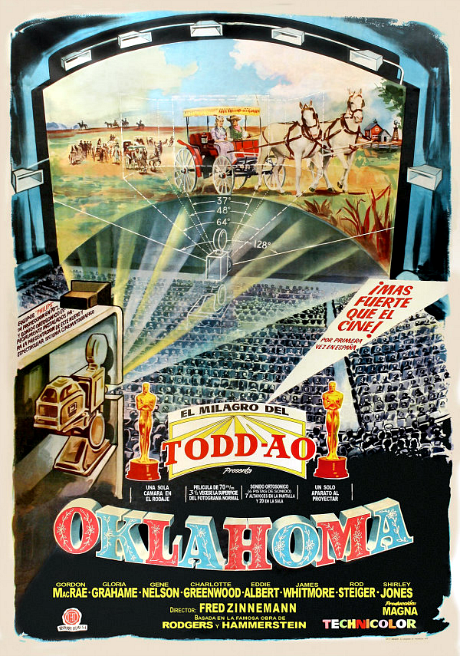 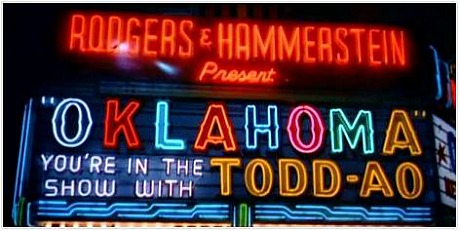