Eight or nine days ago the New York Observer‘s Sarah Vilkomerson wrote one of the funniest observation-and-reporting articles I’ve read in ages called “You’ve Got Mail (You Never Open).” And I only happened upon it last night over dinner. Funny because it’s true, because it’s my life — because the urban under-45 onliners, one gathers, have become a nation of mail denialists. 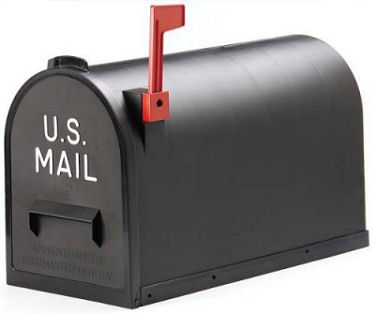 “I don’t have a fundamental fear or anxiety that makes me avoid the mail,” Mark McMaster, a 29-year-old senior account manager at Google, tells Vilkomerson. “It just seems relatively uninteresting, and probably most importantly, doesn’t arrive when it’s relevant. I don’t want a bill to tell me it’s time now to pay by showing up at my door. I just got home from work, asshole!
“At Google, we wax philosophical about `the cloud,’ a metaphor for all the data that’s kept in a server farm that could be in Oklahoma or Beijing but you can instantly access from any computer or phone or BlackBerry that’s connected to the internet. I put as much of my life in the cloud as possible.”
As Vilkomerson summarizes, “The internet, with its neat-o technology, has made it so that, for the most part, not opening your mail doesn’t really matter.”
Update: It’s one thing for people to not use mail that much or as much — that’s been a growing reality for eight or ten years or whatever. Or for the usefulness of the U.S. postal service to matter less and less in terms of personal letters, bills, credit card come-ons and junk mail. But a growing subculture of web-savvy urban dwellers falling into the habit of not even opening their mail — that’s significant. And so far, no one reading this site seems to be appreciating this sea-change, or even chuckling about it. Flatliners. Asleep at the wheel.