One of my many derelictions right now is not having seen John Lee Hancock‘s The Blind Side, which I’m planning to catch tomorrow. It’s a much bigger hit than box-office pundits were expecting, of course. “A 47% uptick from its opening day B.O. with $16.2 million on 3,140 runs…pic’s domestic cume stands at $76.3 million,” Variety reports. 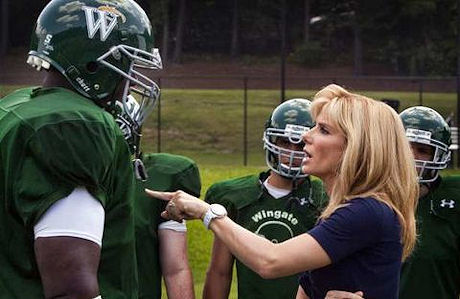 The basic appeal, I’m guessing, is that it’s a good Middle American movie that’s not informed by the neurotic mentalities of the coasts. I heard this morning that a rival distributor (i.e., not a Warner Bros. guy) recently projected to a friend that it will ultimately make north of $200 million. It’s the only film besides Up to have a CinemaScore A-plus so far. Old news, chasing the tail, etc.