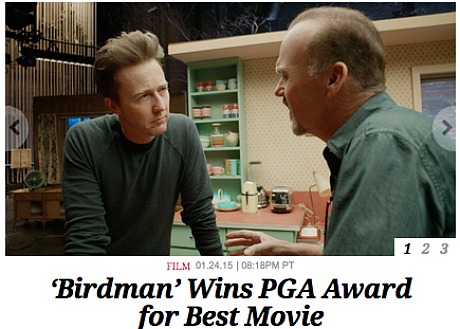 That’s not gloating, is it? Saying it feels good to have sided with a likely Best Picture winner that the Movie Godz, for the first time in four years, fully approve of? 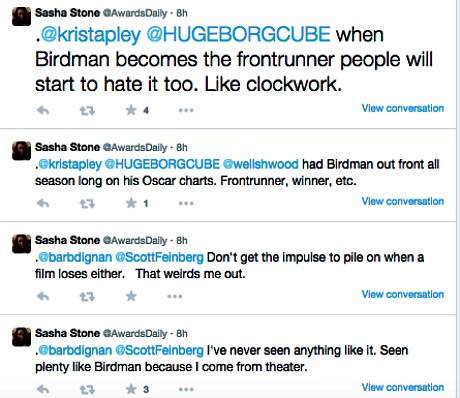 Variety‘s Dave McNary wrote last night that Boyhood “had been the consensus favorite to win the PGA trophy — based on voting by more than 6,700 PGA members — with American Sniper, Birdman and Imitation Game pegged as the most likely to score an upset.”

“They want me to talk so that I make you laugh with my bad English,” Inarritu said during his acceptance remarks. “On behalf of all of us, our only ambition was to make a risky and experimental exploration of the cinematic language, of an artist’s complexity played by the incredible Michael Keaton.”

January 25, 2015by Jeffrey Wells38 Comments
« Previous post
Behold A Dead Horse
Next post »
A Festival To Keep Up With