“The governor peppered his speech with conservative catchphrases like ‘cancel culture,’ underscoring how Republicans are seeking to make access to voting a wedge issue that they can wrap into the cultural debates that animate the base of the party.”

Excuse me but while certain loose-cannon Republicans have seized upon “cancel culture” as a rhetorical bludgeon, the term is not a “conservative catchphrase” — it is a frank, cards-up description of punitive wokesterism, which is widely recognized by many if not most thinking liberals and sensible centrists as an unfortunate reality these days.

Opportunistic rightwing politicians and rabble-rousing media types have tried to co-opt the term, yes, but they don’t own it.

Trust me — Corasanti is describing cancel culture as a “conservative catchphrase” because the N.Y. Times culture that employs him is, right now, a cauldron of wokester ideology and advocacy. Corasaniti and his editors don’t want average readers to understand that cancel culture is as real as it gets right now — they want you to think that wokesterism is a figment of paranoid rightwing imaginings when in fact it’s the New McCarthyism.

The Times used to be the gold standard of thorough, trustworthy, fair-minded journalism; from a certain perspective it is now largely about activism first and journalism second, and I’m hardly the first person to take note of this. 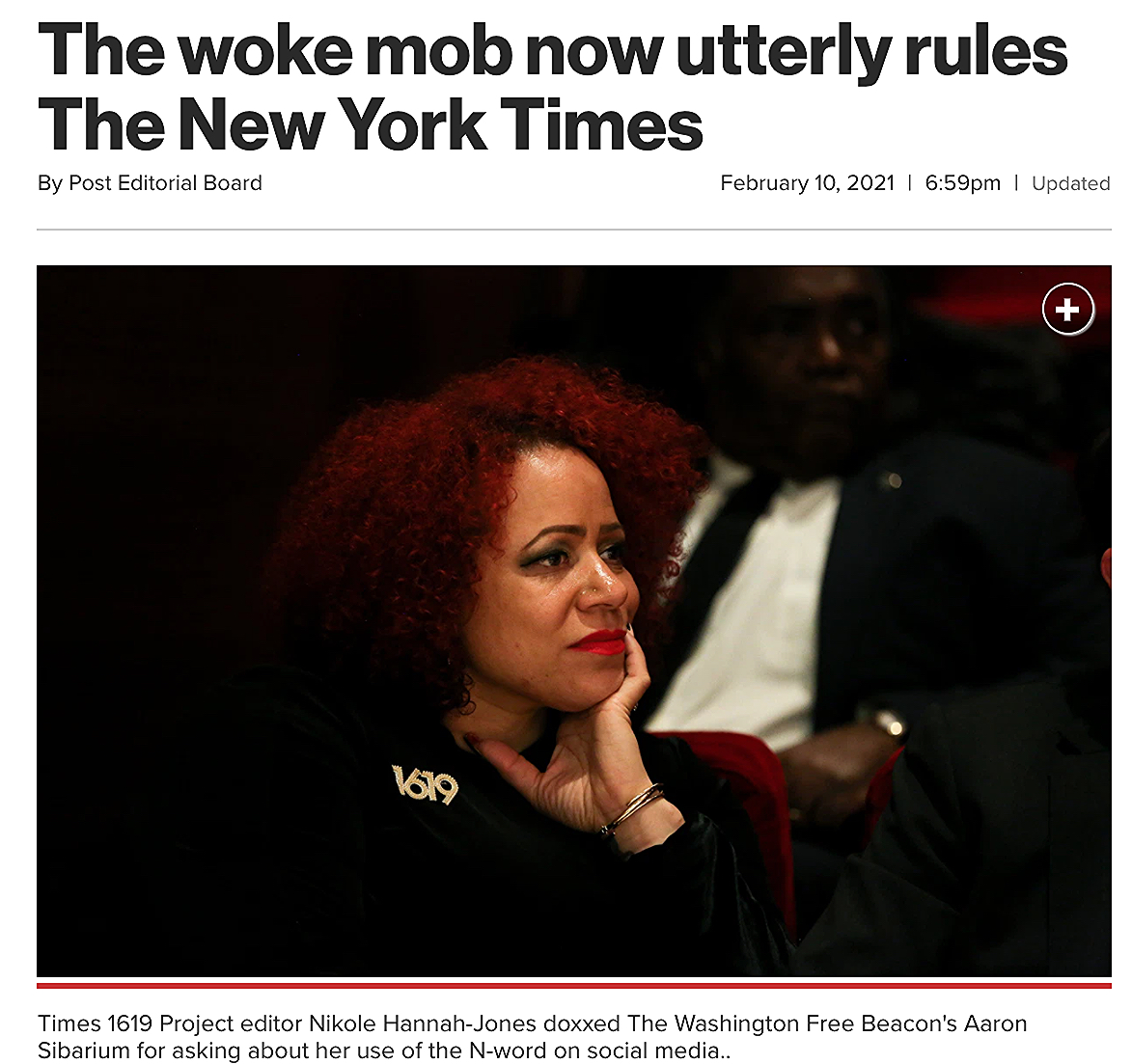