Within the last 52 years, there have been two films called Black Klansman that don’t precisely deliver on what the title implies. First and foremost is Spike Lee‘s BlacKkKlansman (inserting the third “k” is arguably the most irritating film-marketing strategy of the 21st Century), which will debut at the soon-to-launch Cannes Film Festival. Second is a 1966 blaxploitation film called The Black Klansman, shot in the Bakersfield area during the 1965 Watts riots and directed by Ted V. Mikels.

As noted a month ago, Lee’s ’70s drama isn’t literally about a black guy joining the Klan but an undercover investigation of the Klan by the real-life Ron Stallworth (John David Washington) when he was the first black detective in the history of the Colorado Springs Police Department. 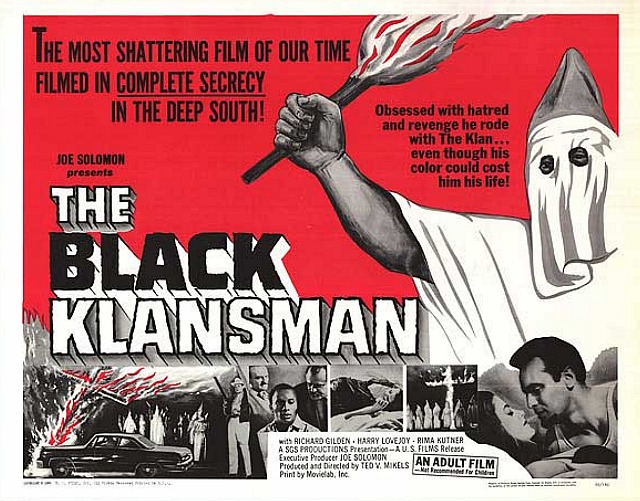 After initial correspondence with the Klan, Stallworth received a call in which he was asked if he wants to “join our cause.” According to an Amazon summary, “Ron answers the caller’s question that night with a yes, launching what is surely one of the most audacious, and incredible undercover investigations in history. Ron recruits his partner Chuck to play the ‘white’ Ron Stallworth. The “Chuck” character is apparently called “Flip,” and is played by Adam Driver.

This morning I found a reasonable-sounding review of the ’66 Black Klansman on a blog called Scared Shiftless in Shasta.

Key passage: “My expectation was that [The Black Klansman] would be something campy, poorly constructed and/or preachy. To my surprise, it was none of those things, but an earnest, serious treatment of what was clearly exploitation subject matter, but which never elicits any unintended humor. Even with the Victor/Victoria-like mind-melting idea of a white actor playing a black man who pretends to be white, it doesn’t offend or condescend.”

Wiki boilerplate: “Set during the Civil Rights Movement, the film tells the story of an African-American man, Jerry Ellworth (Richard Gilden, a white actor), who is an LA jazz musician with a white girlfriend. Meanwhile, in an Alabama diner, a young black man attempts to exercise his civil rights by sitting at a local diner. When the Ku Klux Klan learn of this, they firebomb a church, killing Jerry’s daughter. When he learns of this, Jerry moves to Alabama to infiltrate the group responsible for his daughter’s death. Jerry dons his disguise and becomes a member of the inner circle, befriending the local leader and his daughter, and soon exacts his revenge.”

The original title of The Black Klansman was I Crossed The Color Line. 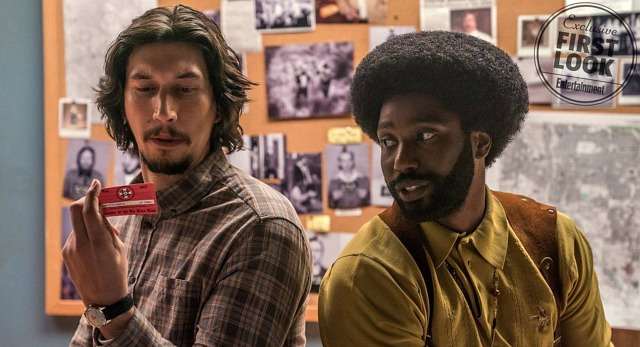