Bloom in a lull

“It is the first time in eight years that I haven’t got an acting job which I am immediately going in to,” Orlando Bloom tells The Scotsman‘s Garth Pearce. “I celebrated my 30th birthday in January and it feels different. It is less urgent. It is now time for reflection and to ask myself: ‘How much living do you want to do?’ As much as working has been my life, there is now a shift in my priorities.” 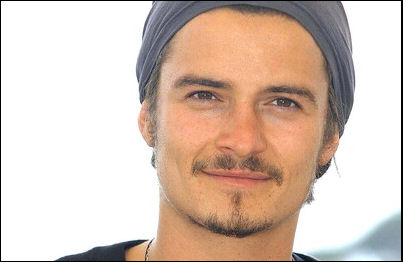 In other words, Bloom is in a career lull. Things haven’t been happening for the guy since the Big Tumble-Down of ’05 when Kingdom of Heaven, in which Bloom had the lead role, bombed (despite the director’s cut of that Ridley Scott film being a near-masterpiece), and then Elizabethtown, which Bloom also carried on his shoulders, turned into the biggest high-expectation wipeouts of all time. In essence, the industry jury was deliberating two years ago whether Bloom was in fact a leading man, and now they’re really deliberating this.