The Shane Bluray is “simply astonishing,” Blu-ray.com’s Michael Reuben wrote on 7.30. “Details, densities, black levels, textures and colors are all revelatory. I literally felt that I was seeing a film I had never seen before. 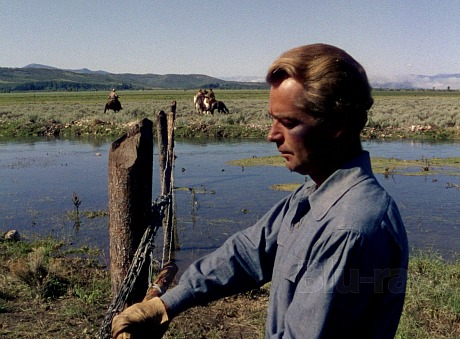 “It’s not just in the obvious scenes, such as the mountain vistas around the Starrett farm. It’s also in the subtler shadows of the day-for-night sequences (what director George Stevens called the ‘Rembrandt lighting’), such as the encounter between Ryker and Joe Starrett after the Fourth of July celebration, where the shadow detail is just sufficient and the shades of black and blue layer over each other in just the right proportions to create the sense of depth and danger that Stevens and dp Loyal Griggs intended.”