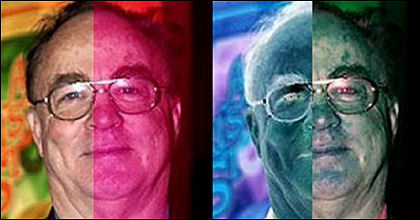 Nava and his passenger, Lydia Mora, 29, were treated for minor injuries and later released. Nava was reportedly found to be driving under the influence of alcohol and operating a motor vehicle without a driver’s license. (What could cause a young drunk with a woman in his car to swerve madly while driving? Not, I’m guessing, a suicide impulse.) Nava will be booked on suspicion of driving under the influence of alcohol and gross vehicular manslaughter.

I’m saddened and distressed by Clark’s death, but the poor guy is gone and a semblance of honesty is required and here it is: very few directors have offended me as much as he did over the years. Clark always struck me as a coarse and unsubtle man because he always made grossly “commercial” movies — i.e., ones that always aimed low, low, lower than low. His films always managed to convey a certain blue-collar crudeness, and I pretty much hated each and every one of them.

I didn’t even like A Christmas Story. (I always seem to frown when I see a picture of that little blonde kid with the black-rimmed glasses — when I see that kid I think Village of the Damned.) I hated Porky’s and Porky’s 2: The Next Day. I thought Rhinestone was pretty bad, and I found Turk 182 abysmal. (I’ll never forget a line that some New York smart-ass wrote about that film — “Turkey! Made $182 dollars!”) Loose Cannons, From the Hip, Baby Geniuses…forget it.

Clark was nominated for a Worst Director Razzie twice — In ’85 for Rhinestone, and then 20 years later for his direction of SuperBabies: Baby Geniuses 2.

Again, I’m sorry for what happened. What a terrible tragedy. It’s always a little bit dicey to be driving at that hour, which, after all, is when the drunks are usually on their way home. Don’t drink and drive, obviously, but don’t drive when the assholes who do this anyway are out in force.