“Boswell of the Night” 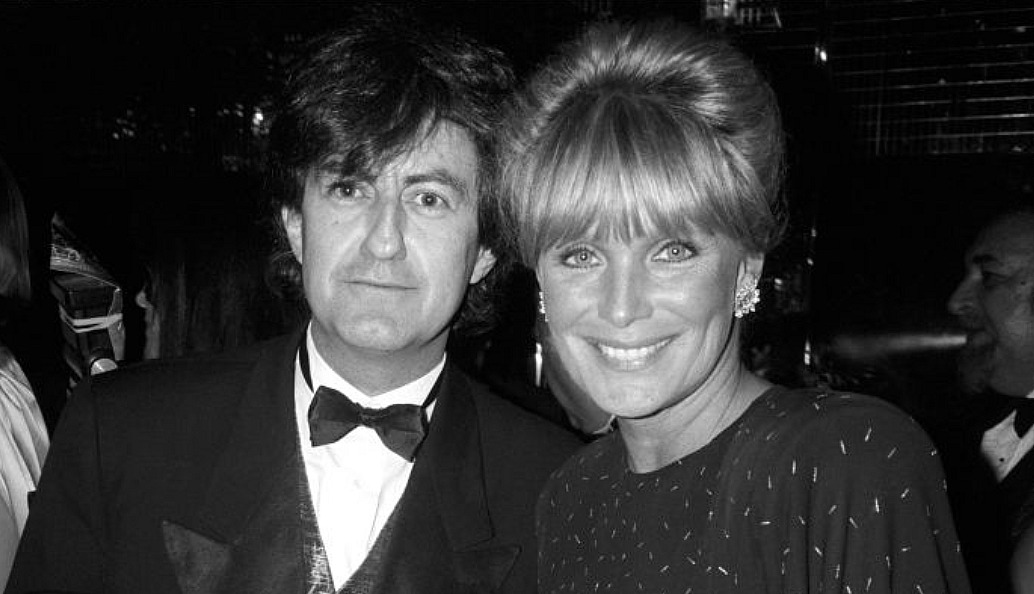 “He’s often said that when Liz Smith was writing about [Studio 54 co-owner] Steve Rubell, he was chronicling the doings of a darker horse, [the Mudd Club’s] Steve Mass. Now, of course, they’re both writing about Rubell [who was doing the splashy Palladium], proving that up and downtown really have converged into a happy union that everyone can be interested in. Liz Smith even writes about Saban sometimes.

“The columnist, who was born in England and grew up in Florida, holds a BFA in painting from the Philadelphia College of Art. He pursued graphic design, however, ‘because painting was too difficult as a career. Now, of course, it’s no problem,’ he laughs, ‘but back then, you had to be talented and work at it.’

“After a glittering career designing bootleg T-shirts for rock tours (‘You know, the kind they sell seven blocks from Madison Square Garden’), he ran into writer Cynthia Heimel, an old friend who once modeled nude at his college, and she helped him get a job pasting up at the Soho News. In the best Andrew Carnegie tradition, he went on to writing articles for the paper and later landed the editorship of the film section.

“Saban became so much a part of the staff that when he was fired by a new editor, the rest of the staff (including the Style editor, Annie Flanders, who later became the publisher of Details) went on a 24-hour vigil until the management brought Saban back as a downtown columnist. He did, after all, go to clubs a lot (living above the Baby Doll Topless Go-Go Lounge, he was just a tumble away from the Mudd) and had a droll sense of observation. He rarely takes notes because, “If I can’t remember it, it isn’t worth repeating.” What’s more, anyone who thought of the daily one o’clock installment of All My Children as an early morning experience had to be perfect for the life-begins-at-midnight shift.

“Stalking the clubs with cool deliberation, Saban looks like the least trendy person out, receiving guests with all the smoothness of the Queen Mother and all the wariness of a producer auditioning Broadway hopefuls. People have been known to go into a Top 40 frenzy for him, singing and dancing their favorite songs in shameless attempts to get noticed, only to wilt in humiliation when he excuses himself and walks away in mid-song.

“One new arrival on the scene admitted his goal in life was to have his picture in Saban’s column, and bet a friend he’d make it there first (both made it the same month). In addition to being the casting director of the up and coming, Saban’s the self appointed arbiter of morality on the club scene. When he felt a rival columnist was on the Limelight’s ’emergency’ phone too long, he instructed the help to disconnect the phone while the guy was still talking. The help did it.

“As the scene’s grown in importance, so has Saban, who started out covering much humbler clubs. ‘The Mudd had no decor, no glamor, no nothing,’ he says, remembering his first beat. ‘It was the people who made it happen.’ And what about those people? Why was he drawn to the Johnny Dynells and Chi Chi Valentis as if only he knew they were the most fabulous creatures in New York? ‘They’re more interesting than the uptown people. They’re not afraid of things, and not afraid to say things. They don’t hide anything. My goal was to give recognition to them because they got no press at all but were just as valid as any other creative people.’

“In 1982, along came Details, which didn’t just give them recognition, it made them into dazzling divas. Suddenly, the selected few found that just as important as the Liz Taylors and Johnny Carsons were the Dianne Brills, Fred Rothbell-Mistas and others who peopled the pages of this ‘party in a magazine’ and make it the breeziest, most hangover-free way to go to a party without going to a party. Details is proud to have never run anything about Nicaragua. Unlike U.S. News & World Report, the magazine is all glamour, all glitter, all tinsel and precious little news. ‘I’m absolutely in awe. I really don’t understand why people buy it,’ says Saban, who knows full well.”