HE to friendo: I felt befuddled when it was reported that Brad Pitt was hanging out with Alia Shawkat. And then relief when it was announced they were just pallies.

Now I’m feeling even better. A 30-years-younger girlfriend (i.e., Nicole Poturalski) is the way to go…the way it should be for stinking-rich, top-of-the-world guys like Pitt. (Beat, beat) Yes, I’m kidding somewhat.

Friendo to HE: I thought you’d be happy to see he’s putting his fine genetic disposition to good use. Yes, I know you’re half-kidding.

HE to friendo: If I was in Pitt’s shoes and wanted to be with someone younger, for image purposes I’d probably restrict myself to, say, a 20-year age gap. No more than 25. Nicole wouldn’t be as much of a thing if she were, say, 30 or 35 years old. Just my two cents.

Friendo to HE: Yeah. If I was an older dude (mid 50s and up) I’d definitely date younger women if I could. Unless, you know, I’m also looking for deeper conversations. 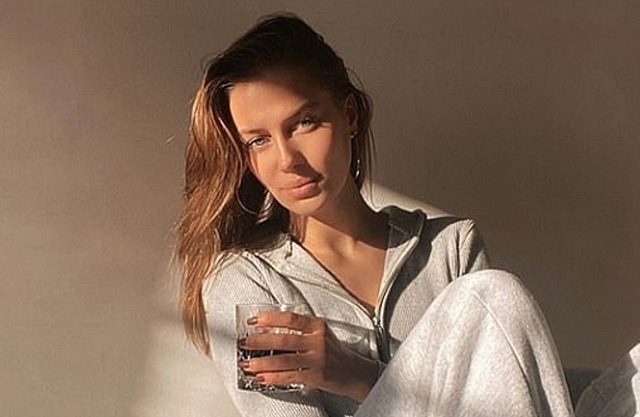