Berlin’s liberal, openly gay mayor Klaus Wowereit favors the idea of Barack Obama giving a speech at the Brandenburg Gate when he travels to Berlin later this month, although the conservative-minded German chancellor Angela Merkel, famed on this side of the Atlantic for getting a creepy back rub from George Bush in 2006, is against it. 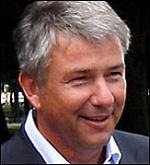 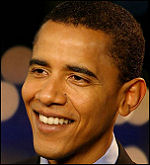 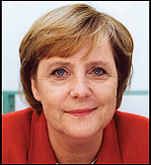 The Brandenburg Gate is the “most famous and history-rich location in Germany,” a Chancellery source told Der Spiegel‘s Carsten Volkery in a piece posted today. “In the past, it has only been used on very special occasions for addresses by politicians, and when, then only by elected American presidents. More clearly stated: Democratic presidential candidate Barack Obama would be better off looking for another location in the German capital to hold a speech.”
Wowereit, however, “appeared unimpressed by the warning from Merkel’s office and said during a press conference on Tuesday that he would be pleased if Obama were to address the public at the Brandenburg Gate.
A spokesperson for the local government told Der Spiegel that “the decision over where Obama should make his appearance was in the hands of the city council of Berlin and not the chancellor’s office or the federal government.
“Some suspect Mayor Wowereit’s remarks may be self-serving,” the article says. No!
Jurgen Trittin, deputy floor leader of The Green Party in the German parliament, has predicted that Obama would end up getting his JFK moment at the Brandenburg Gate. “Do you think that Wowereit would miss the chance to appear alongside Barack Obama?,” he reportedly asked an interviewer on the German news channel N24. “I believe Wowereit is thinking [Obama] should appear [and] I will come into the picture and everything will be great.”