Brett Morgen on the street 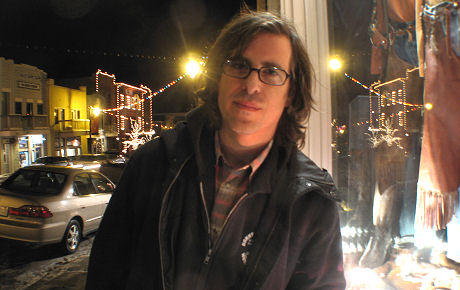 Less than an hour after pulling into Park City I ran into Chicago 10 director Brett Morgen outside the Riverhorse Cafe. The partly animated, new-style, heavily-hyped doc about the trial of the Chicago 8 (i.e., Abbie Hoffman, Jerry Rubin, Bobby Seale, David Dellinger, Tom Hayden, et. al. — all prosecuted for allegedly inciting violent demonstrations against the government during the 1968 Democratic Convention in Chicago), will screen tomorrow night at the Eccles twice, at 6 pm and 9 pm. I asked Morgen why it”s called Chicago 10 when there were eight defendants — he said it’s because the defendants’ two attorneys, William Kuntsler and Leonard Weinglass, were spiritual pro-movement guerillas who wound up getting prison sentences along with everyone else and were just as much “in the dock” as the defendants.