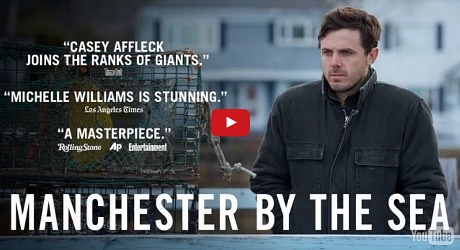 Remember the liberal-minded, comme ci comme ca minister or priest Lonergan portrayed in You Can Count On Me? That alone tells you he’s much more of an unfettered humanist than any kind of Christian believer.

I passed this observation along to Lonergan earlier today. Or to his reps, I mean. I just wanted to know if this was an honest error on Lonergan’s part (or on the part of a production assistant who typed out the email for the film), or if the misspelling was an intentional hint of a character trait. I realize that Lonergan or Roadside may not want to confirm this as this might alienate Bible-thumpers who might be thinking of seeing Manchester. But whatever.

I remember how WALL*E director Andrew Stanton repeatedly denied that the Pillsbury teletubbies sitting in front of their screens on that huge spaceship were a metaphor for overweight, stay-indoor Americans and their digital device obsessions. Stanton had no doubt been instructed by Disney marketing to deny this so as to not alienate God knows how many millions of middle-American fat-asses who might be interested in seeing WALL*E.