Why do British actors often seem much more accomplished than their American cousins? The Guardian‘s Charles McNulty boils the answer down to two words — theatrical training — which allows for all kinds of delightful tonalities and wonderfully resonant deliveries, as well as the ability to make a line work on more than just one level. 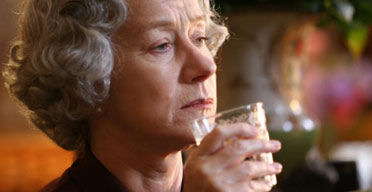 “It’s hard not to marvel at the virtuosic command of speech” that British actors possess, “the way Judi Dench, Helen Mirren and Peter O’Toole make music out of spoken thought,” he begins. “Steeped in Shakespeare and a culture committed to live performance, they have by necessity developed their physical instruments and, in particular, that region of the body that lies between the back of the throat and the tip of the tongue.

“Listening to Dench narrate, from her character’s perspective, the lurid events unfolding in Notes On a Scandal is like listening to a Stradivarius. You can practically feel her vocal chords luxuriously vibrating as she unfurls a commentary that is at once ruthlessly aggressive and perfectly civilised.

“And in Venus, when O’Toole’s Maurice recites — no, verbally caresses — Shakespeare’s famous Sonnet 18 (‘Shall I compare thee to a summer’s day?’) to the young woman he has fallen haplessly in lust with, storm-clouds of emotion blow in, as if his articulation carried the very beauty and loss animating the poem’s vision.

“But it’s not just glorious sound that sets British veterans apart. They invite us not just into their characters’ minds but into their intricate thought processes as well. It’s not a strictly realistic affair. These talents are drawn from a theatrical heritage that recognizes drama as more than a slice of life. [And yet] too many U.S. actors have become enslaved to a form of behavioral banality in which the highest value is placed on mimicking everyday life; at its worst fetishising the commonplace at the expense of the revelatory.”

February 22, 2007by Jeffrey Wells17 Comments
« Previous post
Ahead of Their Time
Next post »
Fuck it…none of ’em