58 years ago the Bronx Zoo installed an exhibit called “The Most Dangerous Animal In The World”. It was between the Mountain Gorilla and Orangutan cages. The exhibit was a barred mirror with an inscription below it — “This animal, increasing at a rate of 190,000 every 24 hours, is the only creature that has ever killed off entire species of other animals. Now it has achieved the power to wipe out all life on Earth.” 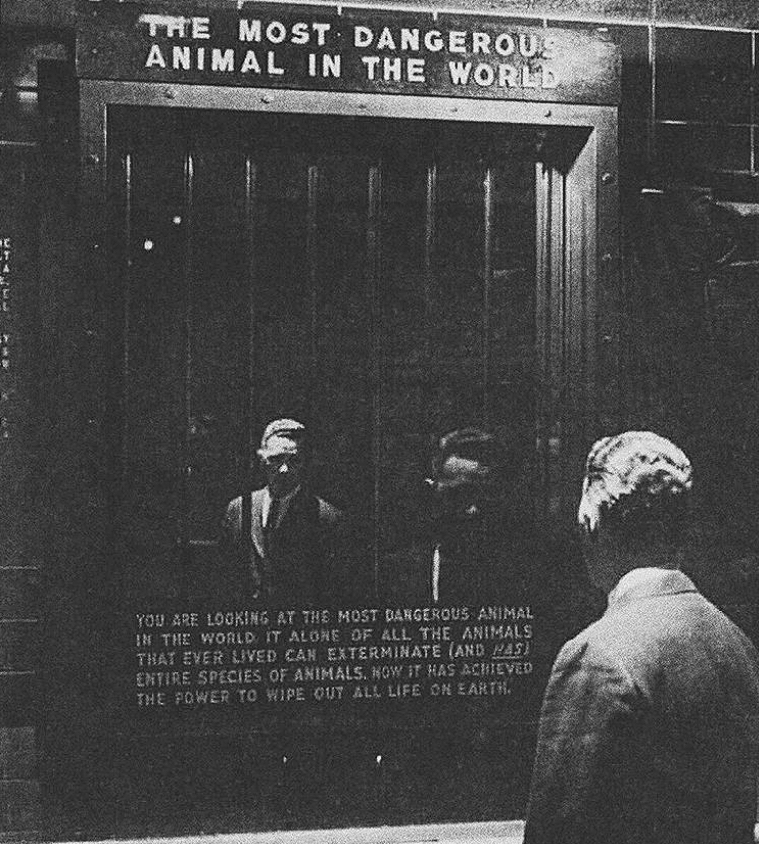 In short, Bronx Zoo management had detoured into a vein of misanthropic contemplation — an exhibit that basically said “look at yourselves” and “think it over.” And that was during the Kennedy years. It was perhaps appropriate that I experienced a similar moment of Bronx Zoo insight a few years later.

I was there with four or five friends sometime around ’71 or thereabouts, and we were all fairly ripped. And I was hit with my first “holy shit” realization about the nature of borough people — suddenly confronted with the fact that average families were icky and unrefined (not elegant, pot-bellied, compulsive junk-food inhalers) and poorly dressed (shorts, sandals, loud shirts, pork-pie hats) and not the sort of folks that, say, the Kennedy family might not invite over for brunch in Hyannisport.

I remember huddling with three or four friends who were mulling the exact same impressions, and we were all shaking our heads and muttering “Jesus, look at these people…wow.”