In response to a somewhat dithering, self-regarding Emily Gould piece called “How Your Emily Gould Sausage Gets Made” (posted 7.3.08 on her Emily Magazine blog), Some Came Running‘s Glenn Kenny wrote the following: “Um, not to put too fine a point on it — and believe me, I know this is going to sound ‘mean,’ but there’s just no way around it — but could you do the rest of humanity the favor of, like, throwing yourself in front of a bus or something? Thanks.” 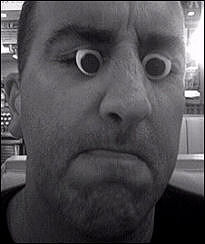 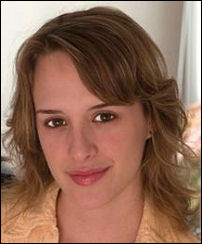 I had read elsewhere that Kenny had suggested Gould should off herself, but this is not that. By the use of the term “bus,” which is universally preceded these days by the words “throw under the,” Kenny is telling Gould to dispense with a certain late June/early July attitude or psychology that she’s currently working from, or which (if you want to be forgiving or magnanimous) has enveloped her.
As we all know, those who get thrown under a bus are being punished for something they’ve recently said or done — discipline, not execution. What Kenny is actually suggesting, I think, is that Gould should change or refine or alter or somehow upgrade her…whatever, Brooklyn blogger shpiel. (Not that I have any such issues with Gould myself. I’ve always liked her prose and considered her a pretty cute kitty.)
The proof is in the pudding of Kenny’s actual sentence. The word “like” and the words “or something” are obviously softeners (as in fabric) which emphasize a meaning that is 90% metaphorical.