Jim Sheridan‘s Brothers, which I’ve been very much looking forward to, being a fan of Jim’s work and Susanne Bier‘s original 2004 film, is being bumped into ’09 — possibly a late summer release, or possibly one in the fall. MGM had planned it to open it on 12.4.08, but now they’ll be taking it to next May’s Cannes Film Festival. Draw whatever conclusions you want, but the implication is that it’s not a quality issue as much as a concern that it might suffer against the heavy year-end competition. 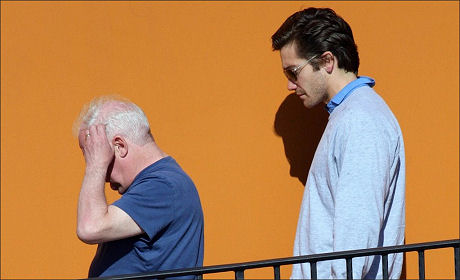 This despite test-screening responses that seemed (emphasis on the “s” word) to indicate possible Oscar contention. Particular praise has gone to the performances of costars Jake Gyllenhaal, Tobey Maguire and Natalie Portman.
The MGM team wasn’t in the building from 9:15 to 10:45 am (even the receptionists didn’t answer) so I called Brothers producer Mike DeLuca, who confirmed the news. The decision to hold was basically due to the “crazy full fall for serious movies” this year, he says. “We love Brothers and want to blitz in Cannes, but it’s just too crowded this year for a wide fall release and an Oscar campaign.”
A key factor in the decision, he says, is that costar Jake Gyllenhaal is unavailable for year-end p.r. due to filming on Prince of Persia and “we can’t promote this movie without jake. So Cannes makes most sense. I’m super proud of the movie and a major unveiling on the Cote d’Azur with all cast present is too good to pass up.” 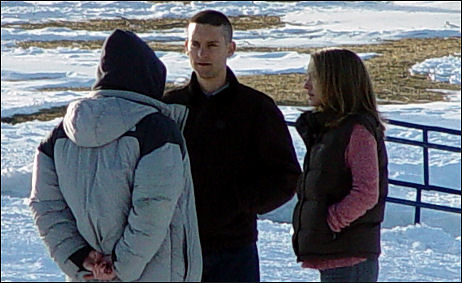 An MGM source said that a mid to late summer release could conceivably happen due to next summer looking relatively weak,
As noted three or four times before on HE, Brothers is a remake of Susanne Bier’s 2004 Danish-language original about a younger “bad” brother (Gyllenhaal in Sheridan’s version) stepping into the familial shoes of his older “good” brother (Maguire) after the latter disappears during an enemy skirmish in Afghanistan.
Natalie Portman plays the wife-mother whose loyalties shift, or at least adapt to new realities. Sam Shepard plays the gruff and disapproving pater familias, the father of Gyllenhaal and Maguire. David Benioff (The Kite Runner, The 25th Hour) adapted the screenplay.
In a relatively recent interview with DGA magazine’s F.X. Feeney, Sheridan (or was it Feeney?) alluded to Brothers as a kind of Cain and Abel story.
Sheridan “had been very moved by that film when he first saw it, intrigued by the themes of intense love and lethal jealousy between two polar opposite brothers — one a career military man, the other a lifelong screw-up who only comes into his own by caring for his brother’s family after his super-achieving sibling goes missing in Afghanistan and is declared dead. 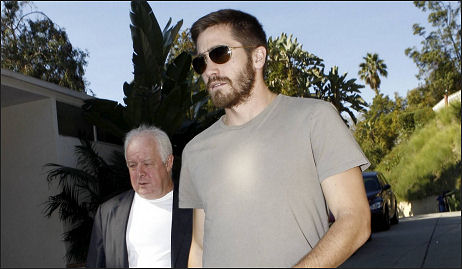 “Sheridan realized transposing a Danish drama for an American audience could be risky. ‘You can’t just microwave something,’ he says emphatically. ‘You can’t just reheat it.’
“The challenge is to find what works best in the story about Americans, for Americans. ‘There are rules that apply to American cinema that don’t apply to other forms of cinema,’ he explains. ‘In a Danish film, people can get drunk with impunity. They can leave their kids at home unattended while they go pick up their brother in the bar. In an American movie, you’re not allowed. Americans are different and the rules are different. So all the time I’m consciously working within a framework of American storytelling.'”