The more I reflect upon Bill Maher‘s “Notorious HRC” riff, the more I realize he’s right. MSNBC contributor Mark Halperin said the other day that despite the manic horrors of Donald Trump, many voters still don’t trust Hillary. But in what context? They don’t trust her to restore honesty in American government, to be wholesome and transformative, to shine God’s light? Of course not. But they can and should trust her to be Madam Butch Boss — a tough, cigar-chomping “Ma Clinton,” as Maureen Dowd described her eight years ago. And there is comfort in that. 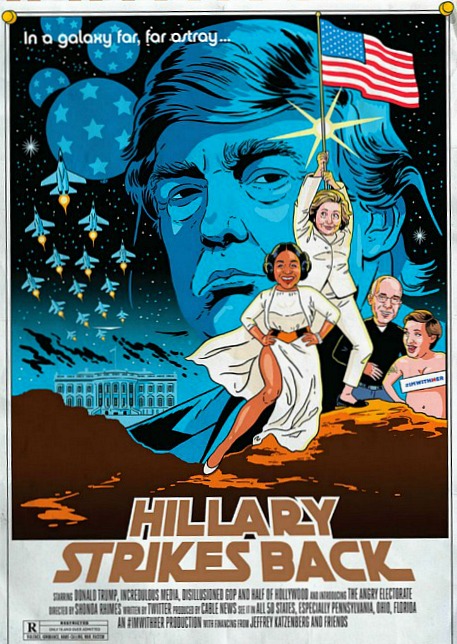 We’ve all been spoiled by Obama and that light around him, that aura. If there’s anything glowing around Hillary’s head, it’s the light of egoism and self-interest in that familiar political realm that everyone is so sick and tired of. She’s Melvyn Douglas in Michael Ritchie‘s The Candidate. But she won’t be pushed around. She plots, she connives, she negotiates like a sports agent and gives no quarter. I believe this is who Clinton is, and I therefore trust her to be that person.

“If the age calls for a strongman, Hillary in fact has the résumé for it. Like Margaret Thatcher and Angela Merkel, a woman who survives and flourishes at the top of this backstabbing business is surely made of steel. Donald Trump, in comparison, is rather a fancy man. But her obvious desire to be liked, and the hurt she feels that she isn’t (and, boy, she isn’t), have led her to try to want to be thought of now, in her reimagining, as cuddly, caring and inclusive. That may be a risky bit of self-delusion.” — Michael Wolff in a recent Hollywood Reporter piece.

Wolff is right, and I really hope she gets past that. Nobody buys her as an earth mom. But we can trust in the fact that Hillary is sane, smart, pragmatic and likely to play her cards sensibly as President — she’ll think things through, assess the opposition, figure the angles, calculate the blowback and cautiously pull the trigger.

Clint Eastwood said in that Esquire interview that Clinton’s voice will be “tough to listen to for four years,” and he’s not wrong about that. But I can learn to handle that if she turns down the braying and the cackling.

But she is such a drab and uninspiring candidate. If Hillary’s Republican opponent was John Kasich, she’d be behind in the polls and would almost certainly lose.