Call Me By Your Name Is “A Film About Family”

During Sunday’s sublime outdoor lunch at La Lampara, Call Me By Your Name director Luca Guadagnino mentioned a kind of selling point about his brilliant film, which premiered to ecstatic raves during last January’s Sundance Film Festival and which Sony Pictures Classics will open on 11.24 — about as Oscar-baity a release date as you can get.

Call Me By Your Name is, yes, a first-love film, an early ’80s gay romance and a sensual, laid-back Italian summer dreamscape. But it connects in a more fundamental way, Luca said and which I fully agree with, with family values, which is to say father-son values, extended-family values, community values…we’re all together in this. 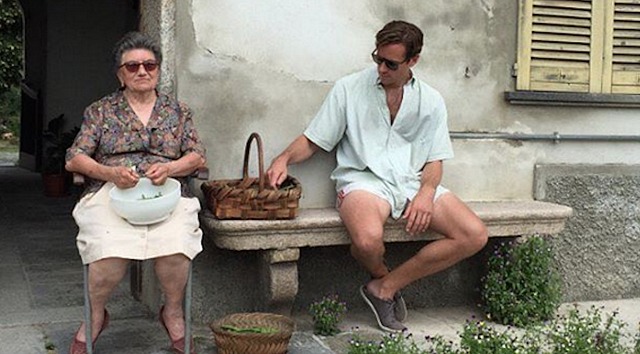 For the film is not so much about a one-on-one relationship (although that is certainly a central thread) as much as how the hearts and minds of a small, mostly English-speaking community in northern Italy (the film was primarily shot in Guadagnino’s home town of Crema) observe, absorb, feed into, comment upon and nourish in little affecting ways the central, slow-build love story between Timothy Chalamet and Armie Hammer. You could describe the basic dynamic along the lines of “you guys are engaged in an emotional adventure but we’re also involved in a sense because we’re family and we care.”

Posted by Esquire‘s Tyler Coates on 1.26.17: “First loves are the hardest to shake, as evidenced in the film’s closing moments. Never before has a movie treated an inevitable loss with such dignity and beauty, both through a stunning monologue delivered by Michael Stuhlbarg, who plays Elio’s father, and a final, several-minute-long shot of Elio’s face as he contemplates his summer romance and, surely, what it means for the future. We may know what happens next — Eliot will surely love again — but Guadagnino places the most importance on the present, an emotional limbo full of sadness and joy, grief and hope.

“It’s enough to erase all of the movies you’ve loved before, as it’s impossible not to feel seduced and broken by what Guadagnino pulls off. The film will leave you devastated, but the memory of its exuberant 130 minutes will last a lifetime.” 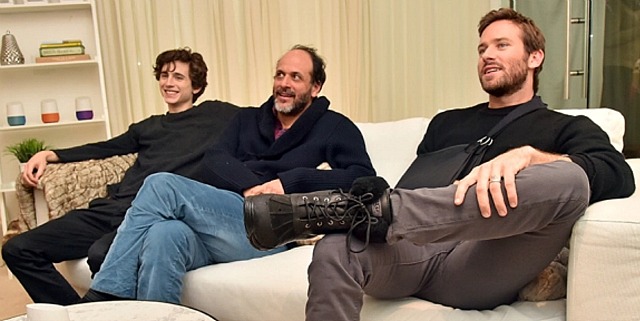