And Pete Hammond and Tom O’Neil and Sasha Stone and Kris Tapley all the other Oscar pulse-takers. Because the 2011 Best Actress race is all but settled as of this moment. Or at least, it has an obvious front-runner in the star of The Iron Lady. Look at her! And imagine her Margaret Thatcher accent….are you kidding? With Academy members being the suckers they are and always will be for lofty-realm British drama? 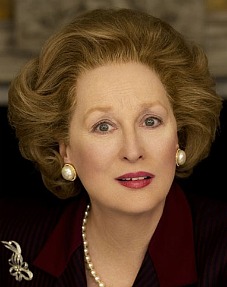 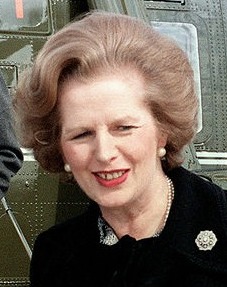 The only thing that can screw things up is if the film itself turns out badly, which is certainly possible given that Phyllida Lloyd (Mamma Mia) is directing.

There’s also a slight complication from the Streep’s post-Iron Lady role, a sure-to-be-knockout performance as the chain-smoking Violet Weston in John Wells‘ film version of August: Osage County, which the great Harvey Weinstein is distributing. If Streep takes the Best Actress Oscar for playing Margaret, it’ll be just a bit tougher for Harvey to land her an Oscar nomination as Violet because people might be feeling a wee bit Streeped out. So it would suit Harvey’s game if The Iron Lady turns out to be not so hot. Just sayin’.