During an Avatar home-video press session yesterday James Cameron called Glenn Beck “a fucking asshole” and “a madman,” and threw down a challenge to debate the Fox News agitator about global warming and Beck’s “poisonous ideas” in general. 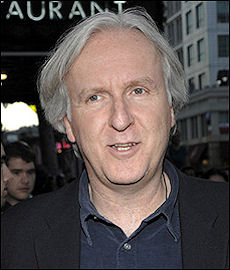 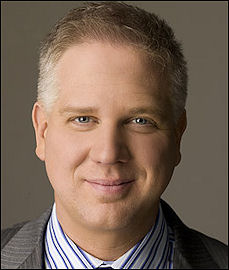 Referring to Beck and his regressive brethren, “I want to call those deniers out into the street at high noon and shoot it out with those boneheads.”

Wells to Beck: Be a man and please do this! I’m getting wet just thinking about it. I would pay $20 to see Cameron vs. Beck — seriously.

Beck is “dangerous because his ideas are poisonous,” Cameron said. He described right-wing attacks on him and Avatar‘s pro-earth, anti-corporate stance as “just people ranting away, lost in their little bubbles of reality, steeped in their own hatred, their own fear and hatred.

“That’s where it all comes from. Let’s just call it out. Let’s have a public discussion. That’s what movies are supposed to do, you know. You can have a mindless entertainment film that doesn’t affect anybody [but] I wasn’t interested in that.”

After calling Beck an asshole, Cameron said he’s “met him” and noted that “he called me the anti-Christ and not about Avatar. He hadn’t even seen Avatar [at the time]. I don’t know if he has seen it [since].”

The Hollywood Reporter‘s Alex Ben Block wrote last night that Cameron was apparently referring to Beck’s reaction to “The Lost Tomb of Jesus, Cameron’s 2007 documentary which casts doubt on the resurrection of Jesus Christ and makes the case that the ancient ‘Tomb of the Ten Ossuaries’ belonged to Jesus’ family.”

Cameron later edged away from the “asshole” comment, but reiterated that Beck “certainly is dangerous, and I’d love to have a dialogue with him.”

“I didn’t make this movie with these strong environmental anti-war themes in it to make friends on the right, you know,” Cameron said. “They’re not on my Christmas card list. It’s not going to change my lifestyle at all if they don’t talk to me. But you know they’ve got to live in this world too. And their children do as well, so they’re going to have to be answerable to this at some point.”