Jeremy Wein attended Sunday’s SAG screening of Steven Spielberg‘s West Side Story, and has tweeted that Rita Moreno, who plays “Valentina,” the widow of “Doc”, the elderly drugstore owner played by Ned Glass in the ’61 version, is “the heart of the whole thing.”

World of Reel ‘s Jordan Ruimy passes this along: 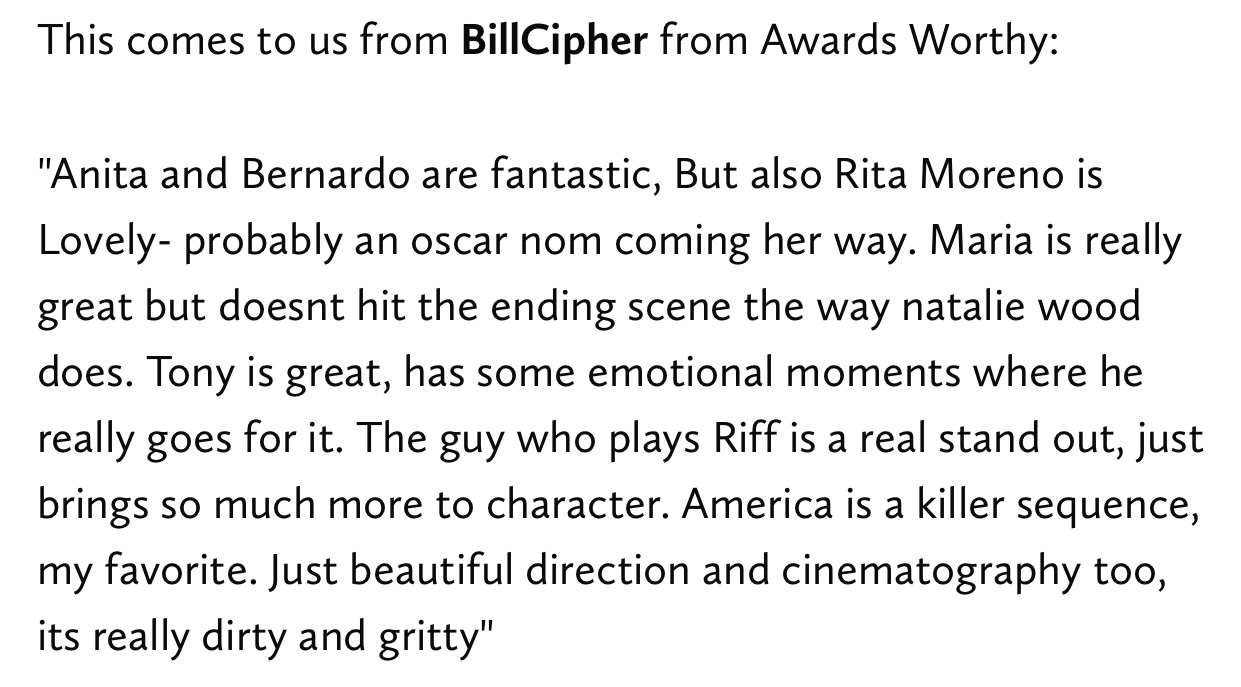 Good for Moreno, but this seems a bit curious. A supporting character with a big emotional scene in the latter half overwhelms the contributions of the leads (Ansel Elgort, Rachel Zegler, Ariana DeBose, David Alvarez)?