If you’ve never tripped with a truly shallow, egocentric asshole, you need to see Sebastian Silva‘s Crystal Fairy (Magnolia, now playing). That sounds like I’m pissing on it, but I’m not. I was actually moderately taken with this little film and not in the least bit sorry I saw it. And I came away with newfound respect for Michael Cera, who shows serious balls in playing one of the most insensitive dipshits in movie history — an almost entirely annoying 20something Ugly American, nowhere and clueless and unable to see a single millimeter beyond his own tedious “here’s what I want” bullshit. 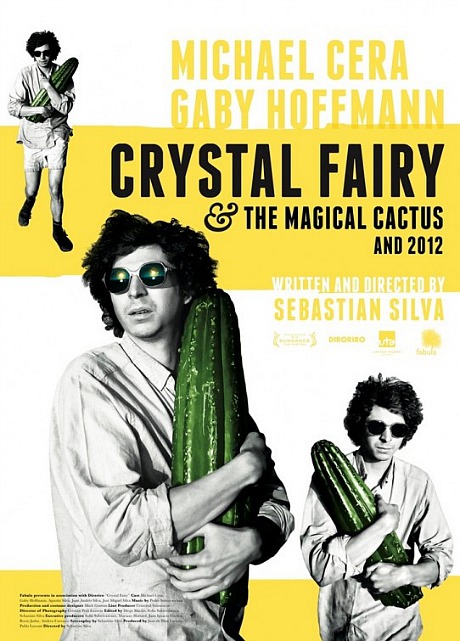 But the bottom line is that Silva’s film (which is actually called Crystal Fairy & The Magical Cactus and 2012) is a candidly scruffy, relatively compact and even affecting road movie as far as it goes, and kudos to Gaby Hoffman for her genuine, wide-open performance as the title character. She begins her arc as an eccentric and possibly unhinged hippie-dippie who needs to think about shaving her armpits and perhaps applying the airstrip aesthetic to her lower regions, and she ends up as someone you just want to hug and protect and caress and clothe and buy food for.

Don’t let anyone tell you that Crystal Fairy is a comedy. It’s not fucking funny to hang with Cera’s character, I’m telling you. He’s too big of an asshole. Ten minutes with this guy and it’s “lemme outta here.” If I was to actually trip with this guy I would freak out — I would need a shot of Thorazine. But he achieves a breakthrough at the very end that’s not unlike Zamapno’s breakthrough in La Strada, and I completely bought it. (It’s worth noting that both breakthrough scenes happen on a beach.)