What possible reason would Lionsgate and Studio Canal have for putting out a new Bluray of Carol Reed‘s The Third Man if not to appeal to those who were turned off by Criterion’s grain-monk Bluray of this legendary 1949 film? 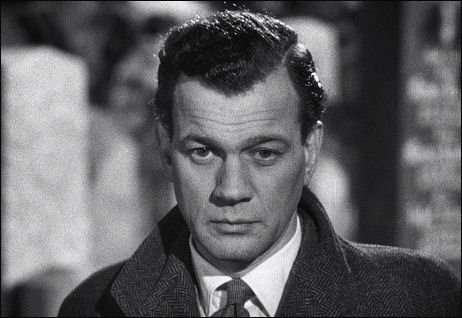 I realize that the Criterion version is out of print and all, but it only emerged 18 months ago (i.e., on 12.16.08) and I’m sure it was bought or at least sampled by most of the Reed freaks out there so it’s not like the market hasn’t been sated. So why else would this brand new Bluray be set for September release if someone wasn’t persuaded that numerous Bluray fanatics agree with my rants about Criterion’s grainstorm version?

Let’s hope that (a) the Lionsgate Studio Canal version is not going to be the same Criterion transfer and (b) that whoever re-masters it will use at least some restraint in finessing those hundreds of millions of sand pebbles that are currently smothering the faces and wardrobes of Orson Welles, Joseph Cotten, Alida Valli, Trevor Howard, Bernard Lee, Wilfrid Hyde-White and the rest of that post-war Vienna gang. Not to mention those old Vienna locations and that ferris wheel and all those ants on the ground.