Since last spring Zak, my beloved three-year-old ragdoll, has been coping with fungal infections. I’m not sure if his affliction is called cryptococcus or sporotrichosis, but it’s definitely one of these. Last April Laurel Pet Hospital charged me almost a grand to (a) surgically remove the seven or eight lumps on Zak’s body plus (b) supply a prescription for a daily oral medication that would presumably rid Zak of the fungus. That cost another $60 or $70.

The surgery was fine but the medication was ineffective, and so by late June or early July Zak was more or less back to square one. I didn’t want to spend another thousand right off the bat (things are a little tight right now) so I’ve been dabbing Zak’s sores with alcohol and keeping him clean and well-fed and hoping for the best while I gather the courage to spend the next $1K. 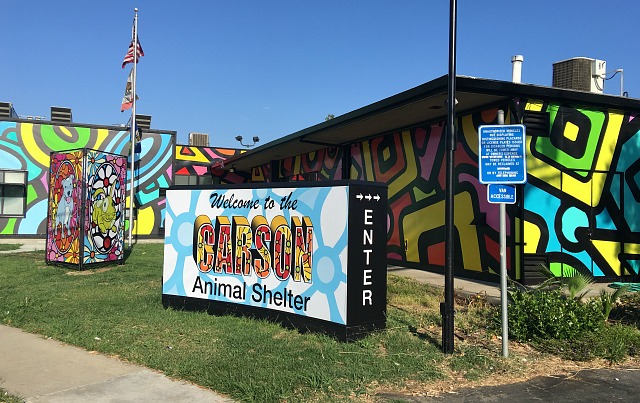 Zak roams around in the day and comes home late at night, by the way.

Around 10:30 pm on Monday night a well-meaning fellow with a boyish, high-pitched voice called from the next block over. He asked if I knew Zak was outside (yeah, I knew that), and said that he seemed to be in bad shape. “He’s not in bad shape per se…he just has this annoying fungus thing,” I said. “I’ve had him operated on and have given him special medication and all, but so far it’s not going away.” The fellow said, “Well, he really needs help.” Yes, I agreed, and I’m about to take him back to the hospital for more treatment, but thanks for calling and telling me this. The fellow said okay and hung up.

But he didn’t mean “okay.” He meant “you’re not a responsible parent, so I’m going to be a good citizen and give Zak to people who will presumably attend to him better than you are now.”

Two and a half hours later (roughly 1 am) I was called by a guy who works for the Department of Animal Care and Control. He said a guy had called for assistance and had given him Zak, and did I want to come claim him? “Yes, I want to claim him,” I said, suppressing my growing anger at what the boyish-sounding guy, whom I suddenly realized was a malignant dick, had done. “Where would that be?” Carson, he said — about an hour south of West Hollywood. The address was and is 216 West Victoria Street, just off the Harbor Freeway. Technically in Gardena.

So yesterday I hurried to finish the column, and in the early afternoon drove all the way down to ugly Carson. I waited two hours to spring Zak, who was sitting inside a metal cage in building #5. Laurel Pet Hospital had emailed proof of his distemper shots and whatnot, but Laurel hadn’t given Zak a rabies injection and that’s what the Animal Care & Control guys insisted he have before releasing him, so I had to fork over $80 for that. What a drag. I could’ve saved myself a ton of grief If I’d asked the good samaritan with the dickish personality to hold Zak so I could come get him. 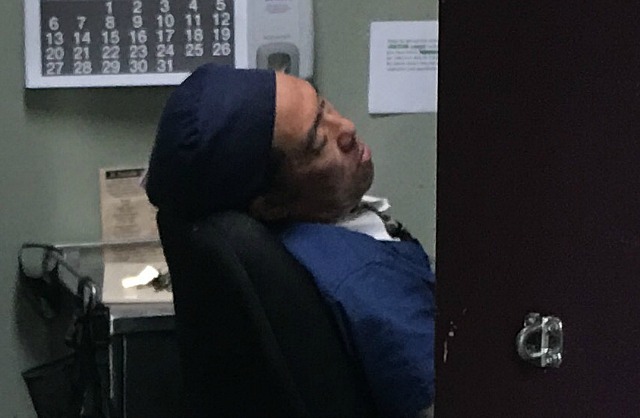 Department of Animal Care and Control employee inside building #5.