Support on Patreon Follow @wellshwood
120 Comments
Let’s All Try To Kill “The Eternals”!! 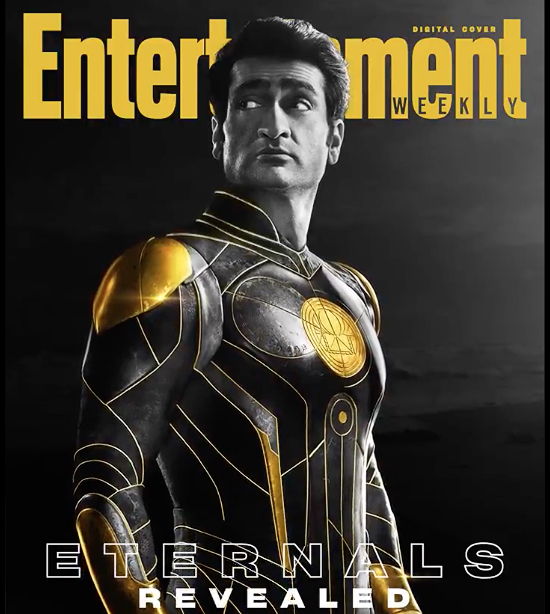 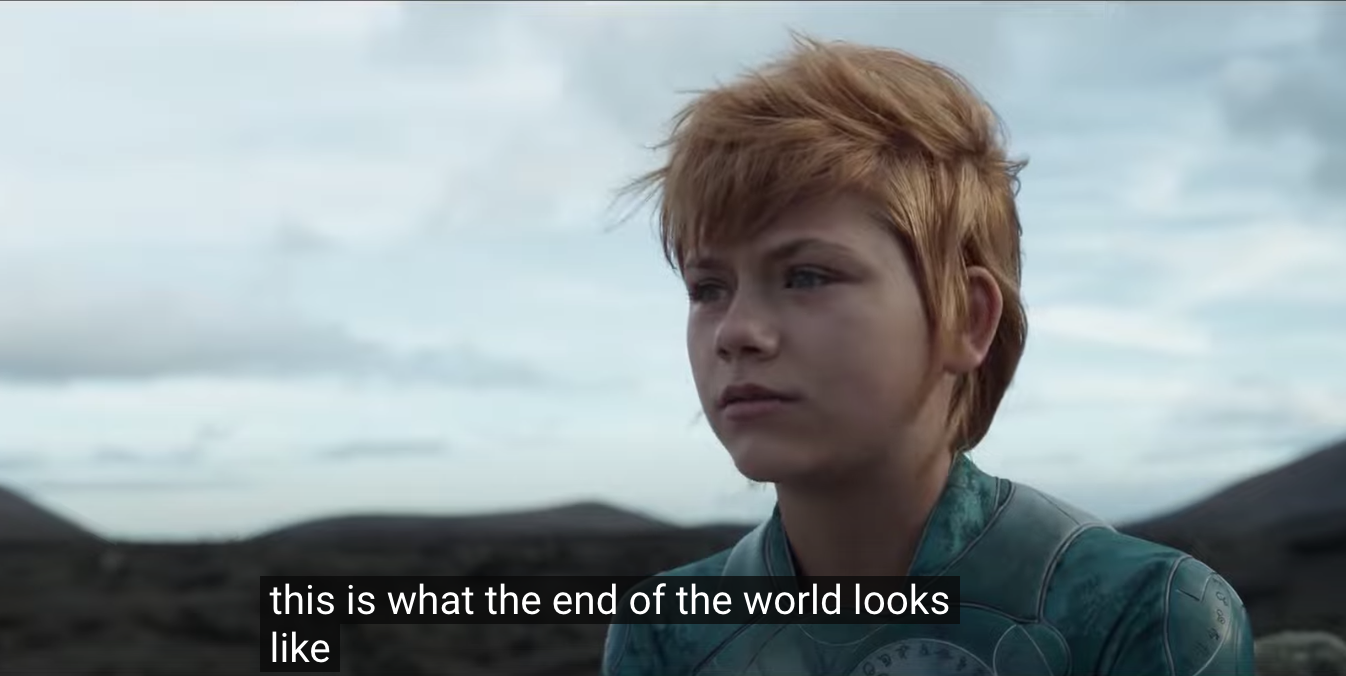 Young Walken Moments
It was late in the afternoon in the fall of '78 when I ran into Chris Walken upon the New York-bound platform of the Westport train station. Login with Patreon to view this post
August 16, 2021 6:13 pmby Jeffrey Wells
1 Comment

People Aren’t Honest, Change Their Minds
On 9.27.18 Barbra Streisand said she was a fan of Bradley Cooper and Lady Gaga's A Star Is Born. "It’s very good,” Streisand told Billboard. “Every time that film is made it’s a success. I loved Judy Garland‘s version, I like this one a lot, and I liked mine.” Login with Patreon to view this post
August 16, 2021 1:34 pmby Jeffrey Wells
83 Comments
Will You Look At These Mooks?

This Al Jazeera video of Taliban cadres inside the now-abandoned Kabul presidential quarters reminds me of the 1.6 insurrectionists roaming around inside the U.S. Capitol building (or lounging around inside Nancy Pelosi‘s office) on 1.6.21. They sure do love their beards and turbans and automatic weapons, don’t they? Keep those fingers on the triggers, guys!

I was visiting Miller’s lower Manhattan loft apartment around the same time, maybe a few weeks hence, I forget exactly when. But I distinctly recall Bennett showing me some original Richard Avdeon contact sheet photos of Truman Capote, Perry Smith and Dick Hickock, and for whatever reason Bennett happened to call Phillip Seymour Hoffman about something, and as he was saying goodbye he called him “Philly.”

I loved the idea of a distinguished hotshot actor being called Philly, and so I used it myself a few weeks later. I knew it was inappropriate to project an attitude of informal affection with a guy I didn’t know at all first-hand, but I couldn’t resist. I was immediately bitch-slapped, reprimanded, challenged, castigated, stomach-punched, dumped on, stabbed, karate-chopped, slashed and burned….”How dare you call him that? Who the hell do you think you are, some kind of insider?…soak yourself with gasoline and light yourself on fire!”

HE review, posted three or four weeks before the 9.30.05 opening: “I’m taken with Capote partly because it’s about a writer (Truman Capote) and the sometimes horrendously difficult process that goes into creating a first-rate piece of writing, and especially the various seductions and deceptions that all writers need to administer with skill and finesse to get a source to really cough up.

“And it’s about how this gamesmanship sometimes leads to emotional conflict and self-doubt and yet, when it pays off, a sense of tremendous satisfaction and even tranquility. I’ve been down this road, and it’s not for the faint of heart.

“I’m also convinced that Capote is exceptional on its own terms. It’s one of the two or three best films of the year so far — entertaining and also fascinating, quiet and low-key but never boring and frequently riveting, economical but fully stated, and wonderfully confident and relaxed in its own skin.

“And it delivers, in Phillip Seymour Hoffman’s performance as Capote, one of the most affecting emotional rides I’ve taken in this or any other year…a ride that’s full of undercurrents and feelings that are almost always in conflict (and which reveal conflict within Capote-the-character), and is about hurting this way and also that way and how these different woundings combine in Truman Capote to form a kind of perfect emotional storm.

“It’s finally about a writer initially playing the game but eventually the game turning around and playing him.

“Hoffman is right at the top of my list right now — he’s the guy to beat in the Best Actor category. Anyone who’s seen Capote and says he’s not in this position is averse to calling a spade a spade.

“Respect” Didn’t Bother Me That Much
If you've heard that a film is underwhelming or mediocre, it will probably play better than expected when you get around to seeing it. If I've had this reaction once I've had it dozens of times, and this was more or less the shot when I caught Leisl Tommy's Respect at the Westside Pavillion last night. Login with Patreon to view this post
August 15, 2021 2:01 pmby Jeffrey Wells
33 Comments
“There Is, Of Course, A Third Choice…”

On Tuesday, 10.12, a 4K Ultra HD disc of The Guns of Navarone will be available from Sony. All hail the 60th anniversary of a classic that’s pretty great until Gregory Peck and the team reach the top of the cliff, and then the tension dissipates, the commandos start killing too many Germans, and it becomes an in-and-outer.

Three good scenes follow — interrogation with Anthony Quinn faking cowardice + the uncovering of the traitor + waiting for the elevator to make contact with the wires and explode the whole fortress. But they kill too many Germans.

I already own a 4K UHD digital version on Amazon so what’s the physical media version likely to yield? Perhaps a slightly richer resolution, but you can only uprez and refine 35mm materials so much.

Presented in 4K resolution from the original camera negative, with HDR10. A long list of extras, including a “narration-free prologue” and “a message from Carl Foreman.” 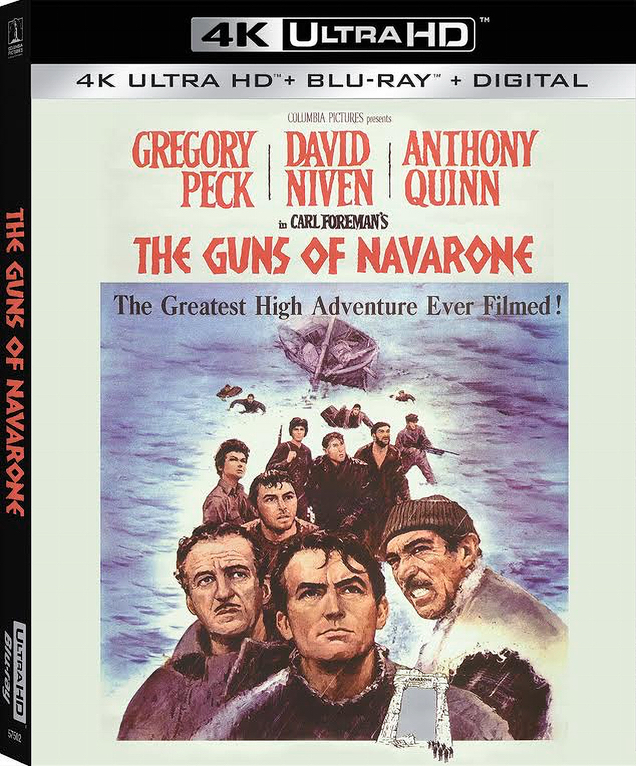 “Nearly all powerful politicians are isolated, in the extreme, from reality. Cuomo had spent so much time in that rarified air, he forgot what regular people do.” — Alec Baldwin on soon-to-be-ex-Gov. Andrew Cuomo.

But after the #MeToo movement blew up in late ’17, it had to be obvious to each and every handsy, massage-y, touchy-feely 50-and-older politician out there that icky, sexually aggressive behavior was totally over and done with. The culture was shouting over and over “don’t do this, don’t go there, things have changed” and Cuomo still ignored the signals?

Todd Field‘s masterful In The Bedroom is almost exactly 20 years old — the anniversary is on 11.23.21. Just about every scene is perfect, but there’s one that’s slightly off because of Marisa Tomei‘s over-acting. It’s a court testimony scene in which her character, the bereaved Natalie Strout, recounts the day when her estranged abusive husband (William Mapother‘s Richard Strout) killed her boyfriend (Nick Stahl‘s Frank Fowler) with a pistol.

Delivering this kind of testimony would be painful for anyone, but most people would do what they can to grim up and keep it together in front a filled courtroom. Tomei’s slow testimony plus the constant weeping and sniffling is too actorish. You’re sitting there and going “Jesus, stop selling the emotion and get on with your testimony already…give it a rest.”

But the following scene in which Tomei awkwardly attempts to apologize to Fowler’s mother (Sissy Spacek) and is decisively, violently rebuffed, is perfect.

“There are things of which I may not speak / There are dreams that cannot die / There are thoughts that make the strong heart weak / And bring a pallor into the cheek, and a mist before the eye / And the words of that fatal song / Come over me like a chill / A boy’s will is the wind’s will / And the thoughts of youth are long, long thoughts.” — “My Lost Youth,” Henry Wadsworth Longfellow

Everyone knows that Gone Girl director David Fincher wanted Ben Affleck to wear a Yankee cap for an airport scene in the film, and that it was a big hassle to get Affleck, a devotional Boston Red Sox fan, to wear the damn thing instead of a Red Sox cap. But I’d somehow forgotten that Gone Girl was shut down for four days because of this stupid argument. What did it cost to keep everyone on salary and pay for all the stuff that a movie needs to pay for on a daily basis…how much did it cost while Affleck and Fincher were at loggerheads on this? The problem was finally solved with Affleck wearing a Mets cap instead a Yankee one.