All through the doc they discuss the fact that major issues and political news don’t seem to penetrate with the public without the aid of showbiz pizazz, famous faces, staged arguments and catchy graphics. Which is what the film is supposed to be about — i.e., the notion that politics has become entertainment, that television has blurred the lines between reality and myth, and that we’ve all lost our bearings as a result.

So Poliwood is a rhetorically earnest film, no question. But it pretty much ignores the irony that no one would be paying attention to these guys in the first place (or to Levinson’s film) if they weren’t famous Hollywood actors. So what’s this movie saying exactly that’s challenging and/or provocative? Nothing I can figure. It’s a muddle.

The only un-muddled thought in the entire film is when former MSNBC Tucker Carlson says that the idea of everyone in the nation learning about and participating in the political process is a myth. Most people probably shouldn’t participate, he says, because most of them out there are basing their beliefs on gut feelings and adversarial smoke and vague impressions fostered by blah-blah political talk shows, adversarial websites and other tangents of the breathless sound-byte media.

But there’s a genuine political process out there, Carlson says, and it’s something of an elite fraternity — a process that’s by the informed, of the informed and for the informed. 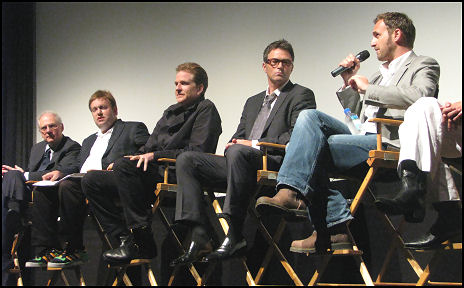 Precisely! And because I know for a cold fact that I’m one of the informed, I don’t feel confused or lost at all. The only one who seems confused, frankly, is Levinson, who can’t seem to get it clear in his own head that while the Creative Coalition team is a good-guy group trying to stand up for the right things, nobody cares very much about what Tim Daly or Ellen Burstyn have to say about this or that. I would probably agree with most of their views if we shared a sitdown, but that’s no reason for me to watch Poliwood. Or to recommend others to have a looksee.

Levinson recently summed up the movie’s point with a CNN interviewer, to wit: “I think what happened is, you have this television screen, and everything has to go through that screen — and at a certain point, I don’t think that we can tell the difference between the celebrity and the politician. They both have to entertain us in some fashion.

“That’s why I think, in second half of the 20th century, you saw this kind of change where John F. Kennedy was probably the first television politician. He came across, he was good-looking, he was great in the way he spoke, he had a certain sense of humor.

“Then you had [Ronald] Reagan. Someone looked at him giving a speech for [Barry] Goldwater and said, you know, he could be a politician. Two years after that, he became governor of California. 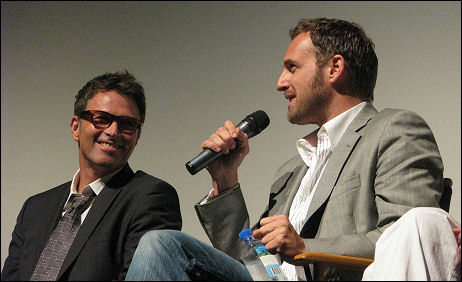 “So anyone [who] is pleasant enough on television suddenly gets credentials, whether they have earned it or not. And there’s that blurring of it between celebrity and politics and everything else.”

Accurate as Levinson’s observation is, I really don’t think it’s novel-enough or striking-enough to give weight and gravitas to this raggedy-assed home movie.