“If there’s a specter that’s haunting Indiewood and Hollywood alike, it’s the shambling figure of [a] semi-shaved, post-collegiate 22-year-old watching movies on his cellphone,” Salon‘s Andrew O’Hehir wrote a couple of days ago. 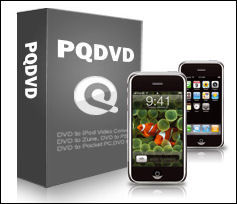 There’s a certain coolness that comes with watching movies on iPhones if you’re in the mood to do that, but step back and consider the obvious — the size of an iPhone screen makes watching whole movies on them time and again (week in and week out, a regular viewing habit) fairly ridiculous.

“Now, I don’t know anybody who has actually watched a feature film on a telephone,” O’Hehir goes on, “and I’m not even sure it’s feasible. But three different people in the film industry have mentioned the idea to me within the last week, and the question of its present-tense plausibility is clearly not relevant.

“What people are really saying is that a big, weird change is coming. They don’t quite understand it and they can’t do anything to stop it, but they’re worried that the whole business of selling $10 tickets to go sit in a dark room with some strangers and a movie projector is suddenly going to seem like Thomas Edison‘s windup gramophone and its wax cylinders.”

Obviously the theatrical experience doesn’t rule like it used to. It’s still a preferred option, but “option” is the governing term. Movie-watching can happen anywhere these days, in any kind of environment that allows for semi-darkness or at least shade. I just can’t imagine anyone actually preferring to watch full-length movies on screens that are less than 15″ inches wide. I don’t even like that very much. I’m okay with watching a film every so often on my 17″ Gateway, but not as any kind of habit. I’m not even particularly comfortable with 27″ flat screens. I mean, they’re tolerable but in no way preferred.

My own viewing tastes and preferences from (b) on down probably synch up with those of any movie-lover with a semblance of taste (and I’m including 12 year-olds in this equation): (a) Private screening rooms in Los Angeles or New York or any big-league city, (b) Recently constructed ace-level theatres (Arclight, Landmark, Bridge, Egyptian, Aero, etc.) with stadium seating and all the other high-standard trimmings, (c) high-def 16 x 9 flat panel viewing off Blu-Ray or HD-DVD, (d) my own Sony 36″ flat screen, and (e) my 17″ Gateway laptop.

Cell phone viewings aren’t taken seriously in this corner. They’re not even in the “hey, maybe” category. And forget small-screen TVs. I’ll consider the notion of seeing a film in some schlubby run-of-the-mill theatre like the New Beverly or the Regency Fairfax or the Monica plex on 2nd Street, but only if backed into a corner. On the other hand, the Vista in Silver Lake is pretty cool.