HE Chat: The Square‘s Ruben Ostlund

Earlier this afternoon I sat down with Ruben Ostlund, the Swedish director of The Square (Magnolia, 10.27), a brilliant art-world satire that won the Palme d’Or at the finale of last May’s Cannes Film Festival.

I captured our 27-minute chat on iPhone and uploaded it in three sections.

If you’ve seen The Square the questions I asked Ostlund will make sense, but perhaps not if you haven’t. In my book it’s easily among 2017’s finest foreign-language films. I’m trusting that Academy members will agree and nominate it for Best Foreign Language Feature, but you can never tell with that crew.

Suffice that Ostlund’s film makes fun of the insular, politically correct museum culture that can be found worldwide, although The Square‘s focus is on a cutting-edge Stockholm art museum.

As I wrote last May,” Ostlund’s precise and meticulous handling of The Square is exactly the kind of tonal delivery that I want from comedies. There isn’t a low moment (i.e., aimed at the animals) in all of it, whereas many if not most American comedies are almost all low moments.”

“The Square is a longish (142 minutes) but exquisitely dry Swedish satire, mostly set among the wealthy, museum-supporting class in Stockholm. It’s basically a serving of deft, just-right comic absurdity (the high points being two scenes in which refined p.c. swells are confronted with unruly social behaviors) that works because of unforced, low-key performances and restrained, well-honed dialogue.

“There are four stand-out moments: a post-coital confrontation moment between Danish actor Claes Bang and Elizabeth Moss, an interview with a visiting artist (Dominic West) interrupted by a guy with Tourette’s syndrome, the already notorious black-tie museum dinner “ape man” scene with simian-channeller Terry Notary, and a hilariously over-provocative YouTube ad showing a little girl and a kitten being blown to bits. The Square is worth the price for these four scenes alone.

An amiable, free-associating fellow, Ostlund is preparing a new film as we speak. He’ll begin filming sometime next year. 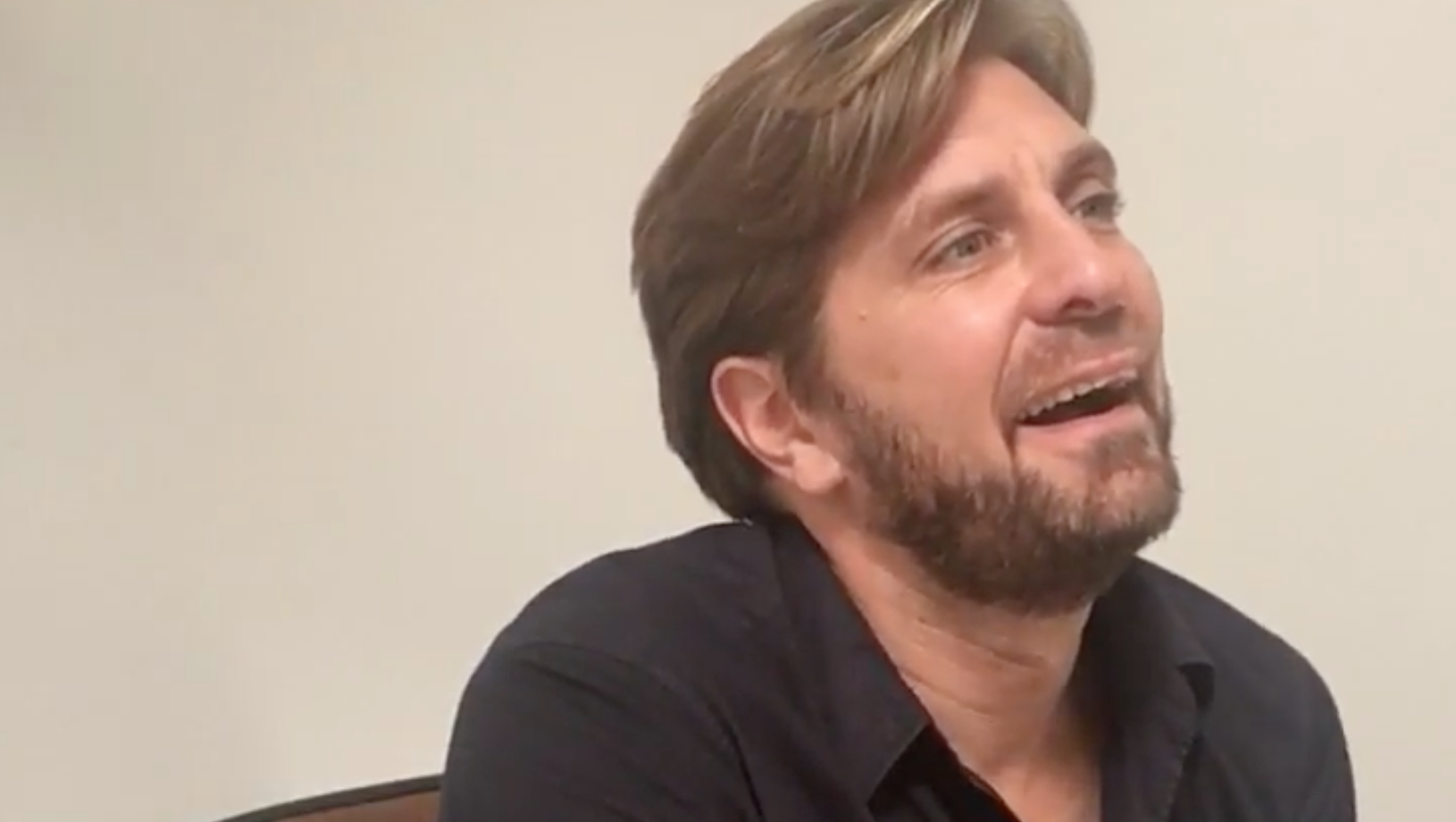